Monday, May 25
You are at:Home»News»Nation»King grants audience to Britain’s Prince Edward 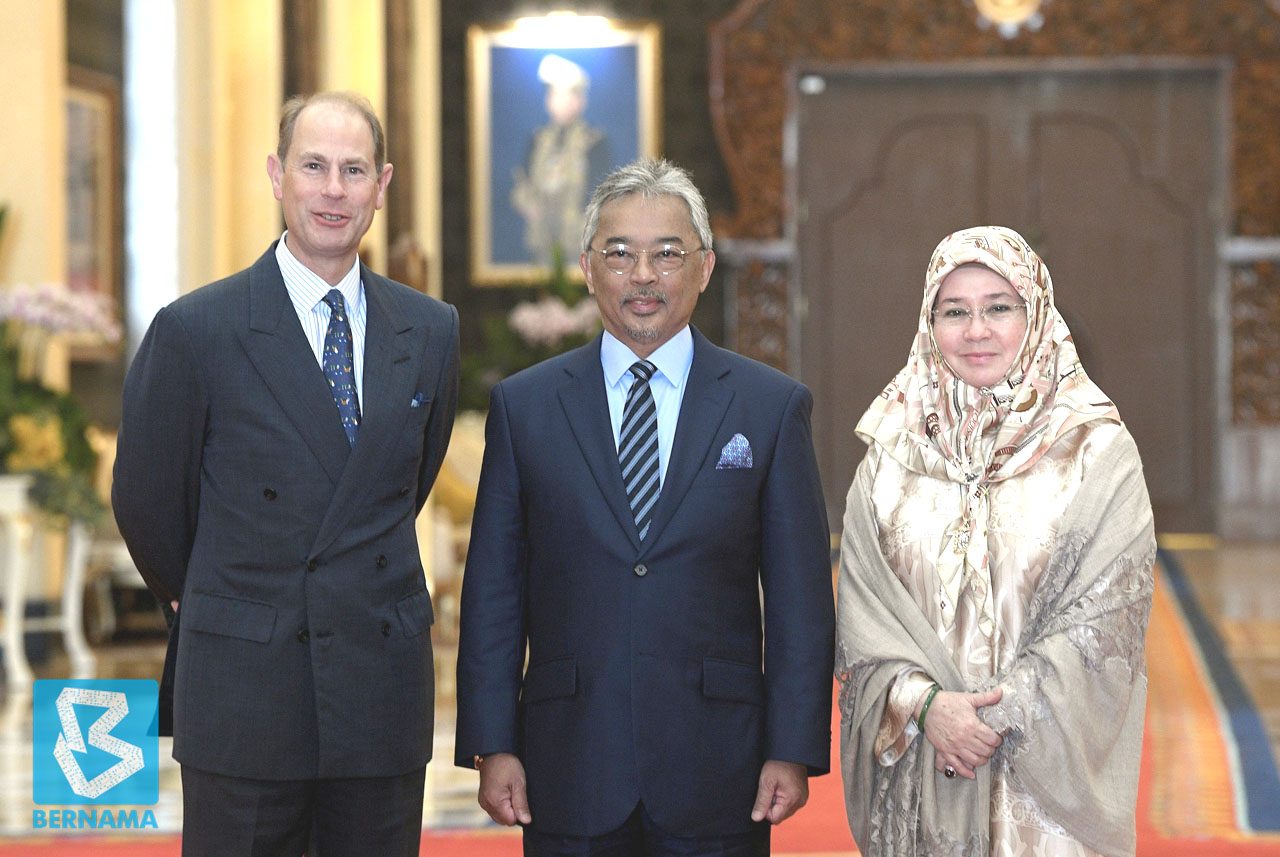 The Earl of Wessex is on a two-day visit to Malaysia, part of a tour that will also bring him to Australia.

It was the first meeting between the Malaysian monarch and a member of the British royal family since Al-Sultan Abdullah was sworn in as the 16th Yang di-Pertuan Agong in January.

He was also scheduled to participate in a youth roundtable to discuss the value of non-formal education.

In a statement issued ahead of the visit, British High Commissioner to Malaysia Charles Hay said the visit would cover a broad spectrum of interests – from education and sporting partnerships to joint efforts in tackling plastic waste and conserving the ocean.

The Earl of Wessex last visited Malaysia in 2004, also in relation to the Duke of Edinburgh’s International Award Foundation.

He is the youngest child of Britain’s Queen Elizabeth II and The Duke of Edinburgh. — Bernama

Previous ArticleSchools shut doors over haze fears
Next Article Back to square one for Axiata, Digi