Sunday, June 7
You are at:Home»News»Masing: Ngemah/Temalat Road may be completed ahead of actual schedule 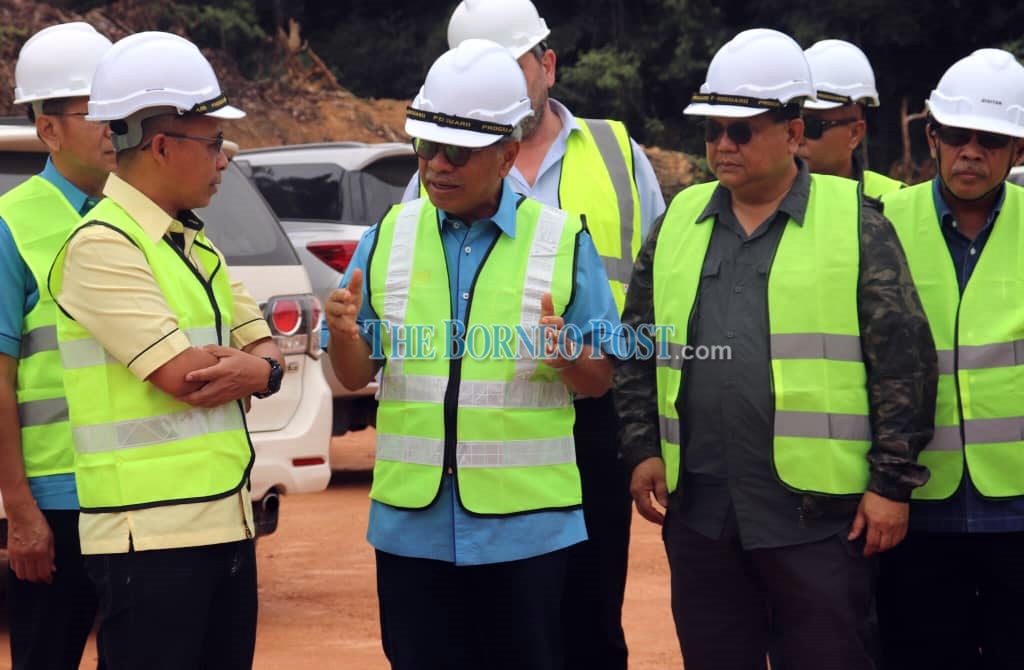 SONG: There is a possibility that the construction of the 9.6km Ngemah/Temalat Road can be completed ahead of its actual schedule.

“We are told by the contractor that the road is currently ahead of schedule.

“Whatever it is, before the completion is done properly, the public are not allowed to use the road because they will disturb construction work.

“That is why at certain area, they stopped the work first while they complete another side. That way, the public won’t use the road,” he told reporters during inspection of Ngemah/Temalat Road today.

Masing said they had such experience during the construction of Kapit/Song Road in the past.

The Ngemah/Temalat Road is part of the 86km Kanowit/Song/Kapit Road project costing more than RM700 million.