Saturday, February 29
You are at:Home»News»Nation»Police seize drugs worth over RM10 million 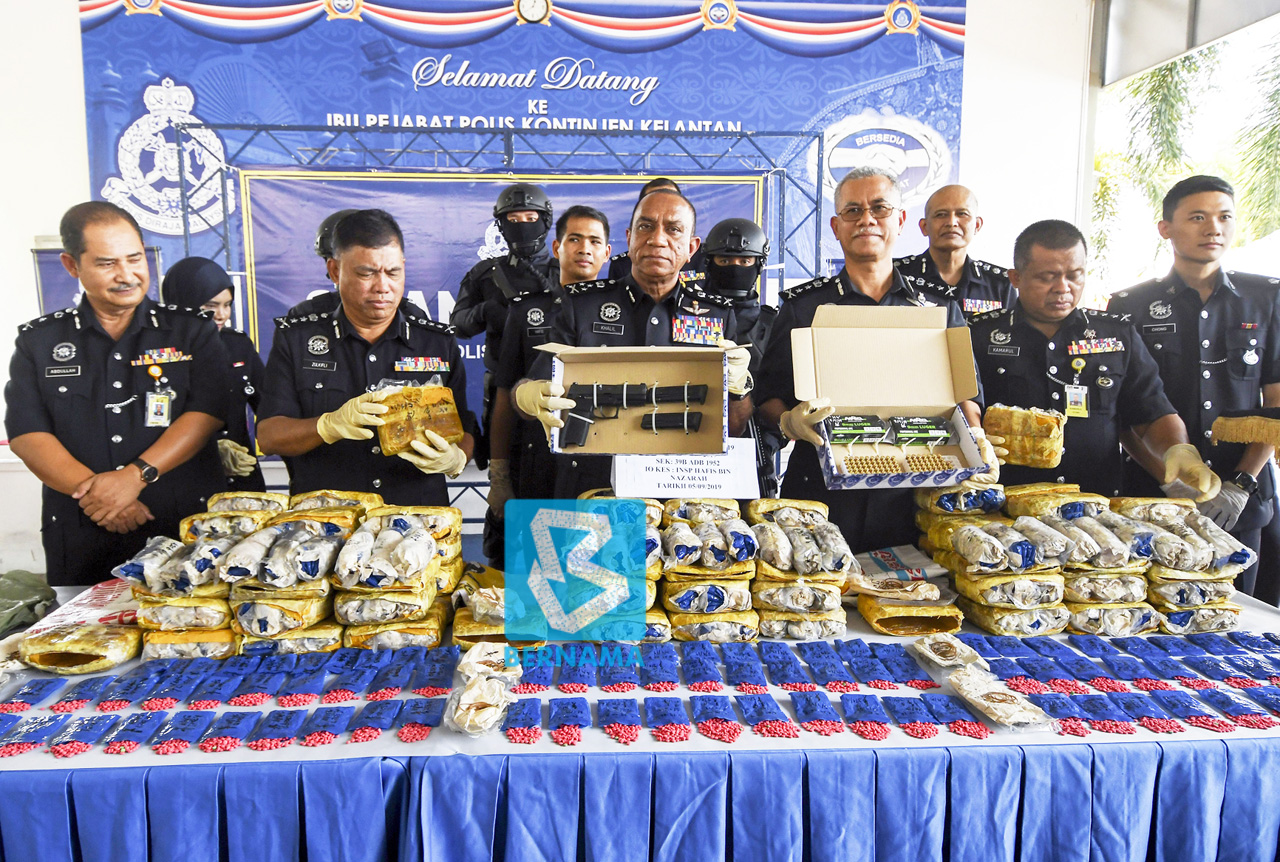 He said police arrested three men, aged 19 to 53, who were travelling in a Perodua Myvi car along Jalan Lubuk Kiat-Kubang Kuau, Pasir Mas at noon.

“During inspection, police found 700,000 psychotropic pills weighing 77.61 kilogrammes and worth RM10.5 million, believed to have been smuggled from a neighbouring country.

“Following the arrest of three suspects, two hours later, police detained another man, believed to be the leader of a drug syndicate at the Kuala Lumpur International Airport (KLIA).

“The 37-year-old suspect was said to be leaving to perform the Umrah,” he told a media conference at the Kelantan police contingent headquarters (IPK) here yesterday.

Mohd Khalil said that the Bukit Aman NCID, in collaboration with the Kelantan police contingent, had been conducting surveillance through Ops Toucan since April.

Also, on the same day, police detained a 48-year-old woman at Jalan Yaakubiah here, believed to be actively involved in the syndicate.

“The investigation is still ongoing, and we believe the mode of operation of the syndicate is to obtain drugs from neighbouring country before reselling them here either in bulk or retail.

“Police also impounded several vehicles, cash and jewelry worth RM476,000 while all the suspects were remanded for a week for facilitate investigations under Section 39B of the Dangerous Drugs Act 1952,” he said.

Meanwhile, during the operations dubbed ‘Op Damn Tokan’ held in Kelantan and Pahang from Sept 7 to 9, police arrested 88 individuals including seven women.

He said during the operations, police also seized RM189,000 worth of drugs and impounded property worth RM372,000.

“Also seized during the operation were a Sig Sauer pistol and 88 9mm bullets in Tumpat.

All suspects were being remanded for a week under Section 117 of the Criminal Procedure Code for further investigation under Section 39B of the Dangerous Drugs Act 1952, he said, adding that those with information to call the hotline at 012-2087222. — Bernama

Previous ArticleDo not profit from sale of face masks, traders warned
Next Article Li Jane’s the last one standing