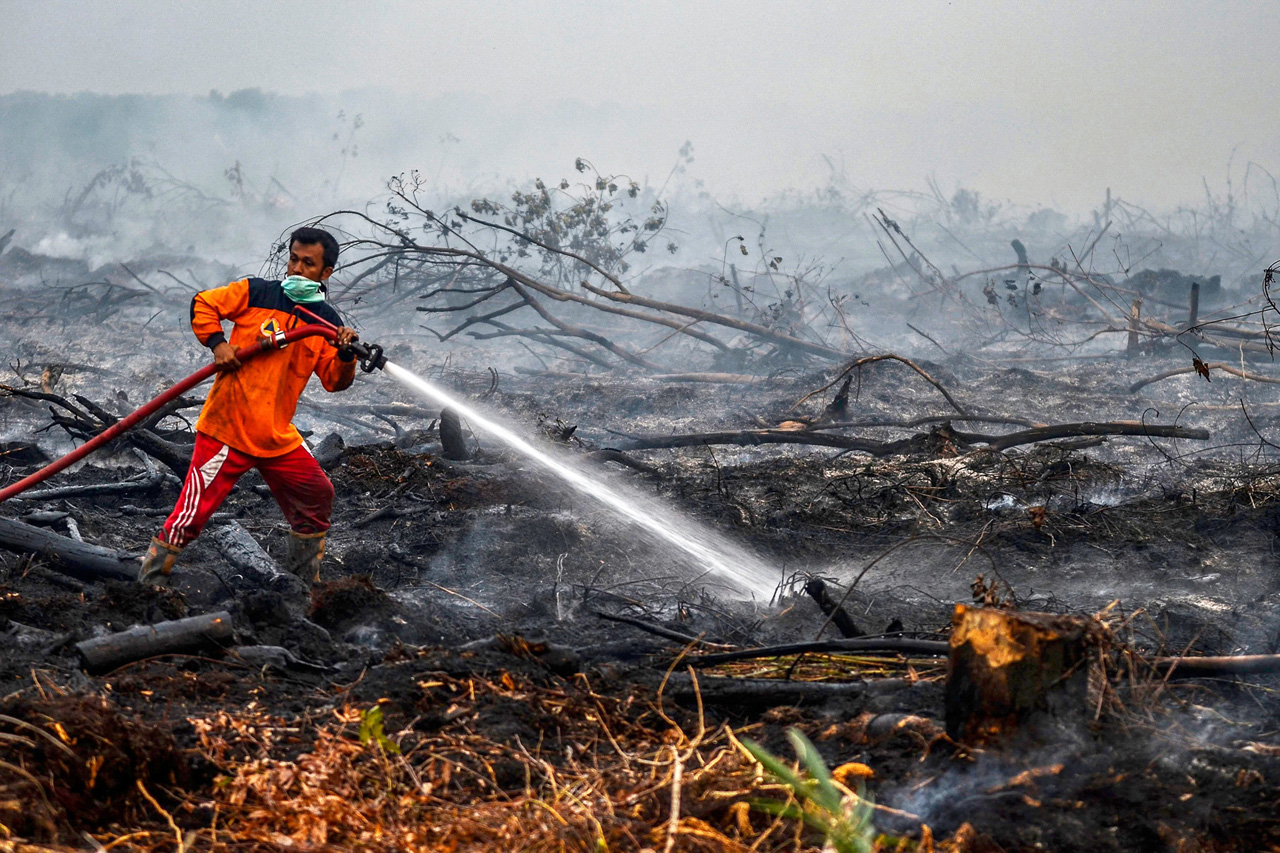 JAKARTA: Huge fires are raging across vast swathes of Indonesia’s rainforests — some of the world’s biggest — with toxic smog shutting hundreds of schools across Southeast Asia, officials said yesterday.

Massive jungle areas in Sumatra and Borneo island are ablaze as thousands of personnel battle to quell the fires, frequently started to clear land for crop plantations.

Burning forests to make way for farming is also thought to be behind the enormous fires currently ripping through the Amazon in South America, and experts believe they could have a serious impact on the global climate.

In Indonesia, the number of hotspots — areas at risk of fires — has soared in parts, including on Borneo which the country shares with Malaysia and
Brunei. 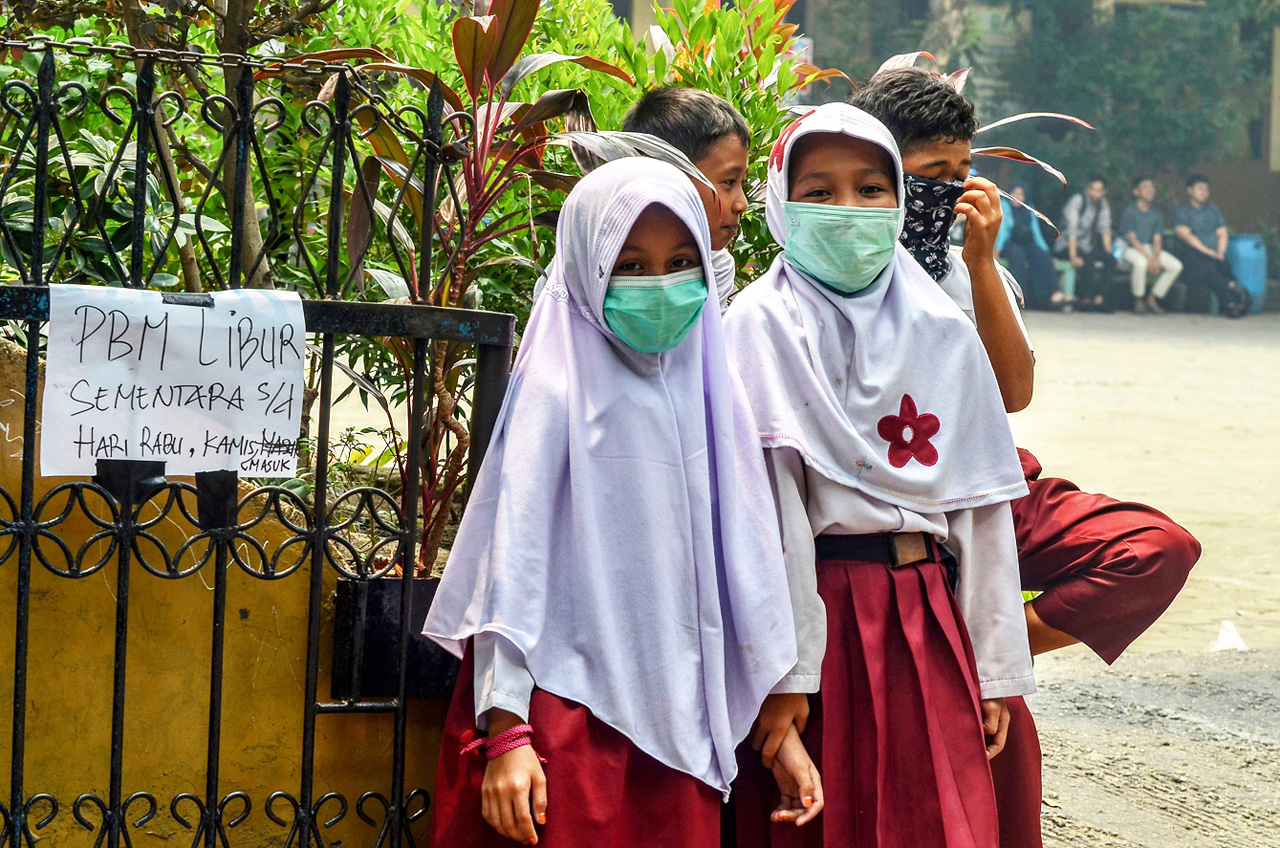 Indonesian schoolgirls wear facemasks as they are sent home after schools were ordered closed in Pekanbaru, Riau.

In Indonesia’s Jambi province, on Sumatra, some kindergartens will be closed until Friday, while elementary and junior high schools are also temporarily shut, according to local authorities, who did not give exact numbers.

Indonesian authorities have deployed thousands of extra personnel since last month to prevent a repeat of 2015 fires, which were the worst for two decades, choking the region in haze for weeks and setting off a diplomatic spat.

The number of hotspots with medium-to-high potential to break out in blazes soared nearly sevenfold to 6,312 over a four-day period this month, according to Indonesia’s national disaster agency. — AFP