Sunday, July 12
You are at:Home»Columns»Seaside stingers in UK and Malaysian waters 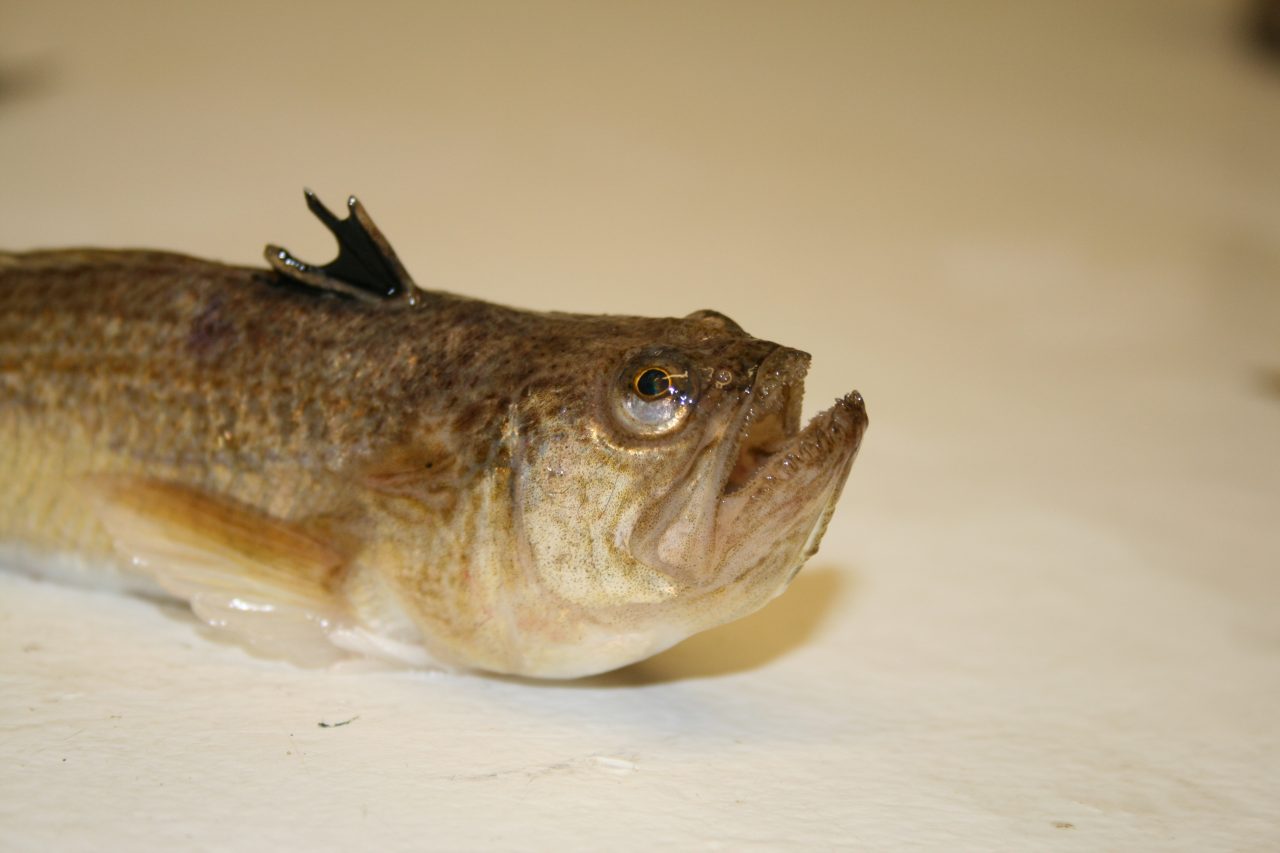 MY parents, in the early 1960s, would often take my sister and myself, in summertime, to Whitesand Beach at Sennen Cove in West Cornwall, near Land’s End, where the Atlantic rollers hit the shoreline. We would body board the surf on a plywood board and ‘catch’ a big breaker to be swept on shore to ankle-deep water.

On one occasion, as I walked out of the shallows, I felt a stab on my foot and thought it had come from a discarded or lost fishing hook. It transpired that I had stood on the spines of a Lesser weever (Echiichthys vipera), one of two venomous species of fish found in the shallow waters of sandy sea beds in the UK. This fish derives its name from Old French ‘wivre’, originating from the Latin word ‘vipera’ or viper.

Although a small fish of only eight to 12cm in length, it packs an enormous punch via its dorsal spines and gill spines. Its first black dorsal spine is composed of five spines containing venom. Locally known as ‘the sting fish’, it’s one of the most dangerous fish in UK waters. In the summer months of July and August, these fish are more frequent visitors to the shoreline and inevitably the number of people stung increases, be they swimmers, anglers, or surfers. These fish seek the warmer shallow sea beaches, only a metre or two from the tide mark, to feed on immature ‘small fry’ – crustaceans and prawns – as they pass by. Not good swimmers, they can quickly accelerate for a few metres, to snap at their prey, which they paralyse with their gill spines and venom. Burying themselves in the sand, their bulging eyes, located on the top of their heads, seldom miss a moving sea dweller. They may also be found in the Mediterranean Sea.

Pierced by their spines, injecting venom into the sole my foot, I can well remember the excruciating pain and hallucinations I suffered on that Sunday. My ankle swelled and my leg gradually became inflamed and paralysed. My mother rushed to the village nearby to be told by a policeman to get me to hospital or get your husband to urinate on the victim’s leg. Suffice to say my father did his duty and this relieved the pain. After about four hours, I was pain free and able to walk again Subsequent research has revealed that the best way of recovery from a weever fish sting is to immerse a limb into very hot water. My father certainly did the trick!

Today, the old adage, ‘once bitten, twice shy’, sticks in my mind for I always wear neoprene bootees when swimming in UK waters, the Mediterranean, South China Sea, or in the Indian Ocean. Beware in Bornean waters for a similar fish, the Scorpaena, which can inject venom from its back fin into an unsuspecting human’s foot. This venomous fish buries itself in the mud of estuarine locations and in tidal mangrove swamps.

I must admit, when in Malaysia or Japan, I am not partial to jellyfish, squid, or octopus dishes. Out of politeness to my hosts, I simply gulp them down. Swimming or drifting jellyfish are like flapping fly-traps preying not on flies but on zooplankton and small fish. Their trailing tentacles are really an extension of their mouths and are coated in lethal harpoon cells or nematocysts. They use their tentacles to pull prey back to their mouths to ingest it. Each nematocyst, upon touching the skin of a small fish or even humans, acts as a hypodermic syringe injecting poison into the skin. Their venom is created from proteins that attack the blood cells and nervous systems of their prey.

Whilst swimming in English waters, I have experienced mild stings from unidentified species of small jellyfish. These have been more like those of stinging nettles, leaving pain, blisters, and a rash for a short time. In the late 1990s, I experienced a European staggering out of the sea at Tanjung Aru beach in Kota Kinabalu. He had large weal marks all over his torso and legs and eventually collapsed through anaphylactic shock. He was rushed by ambulance to Queen Elizabeth Hospital to eventually recover from the stings of a box jellyfish. More recently in walking across Sarawak beaches, I have seen many stranded and decomposing jellyfish on the sands. They may appear dead but beware, for their oozing stinging slime can inflict prodding bare toes with nasty stings.

Each jellyfish species depends essentially on zooplankton as its main food source. When blooms of zooplankton occur, jellyfish congregate in vast numbers. Such swarms of jellyfish are related to the seasons and in northern waters during the summer months. 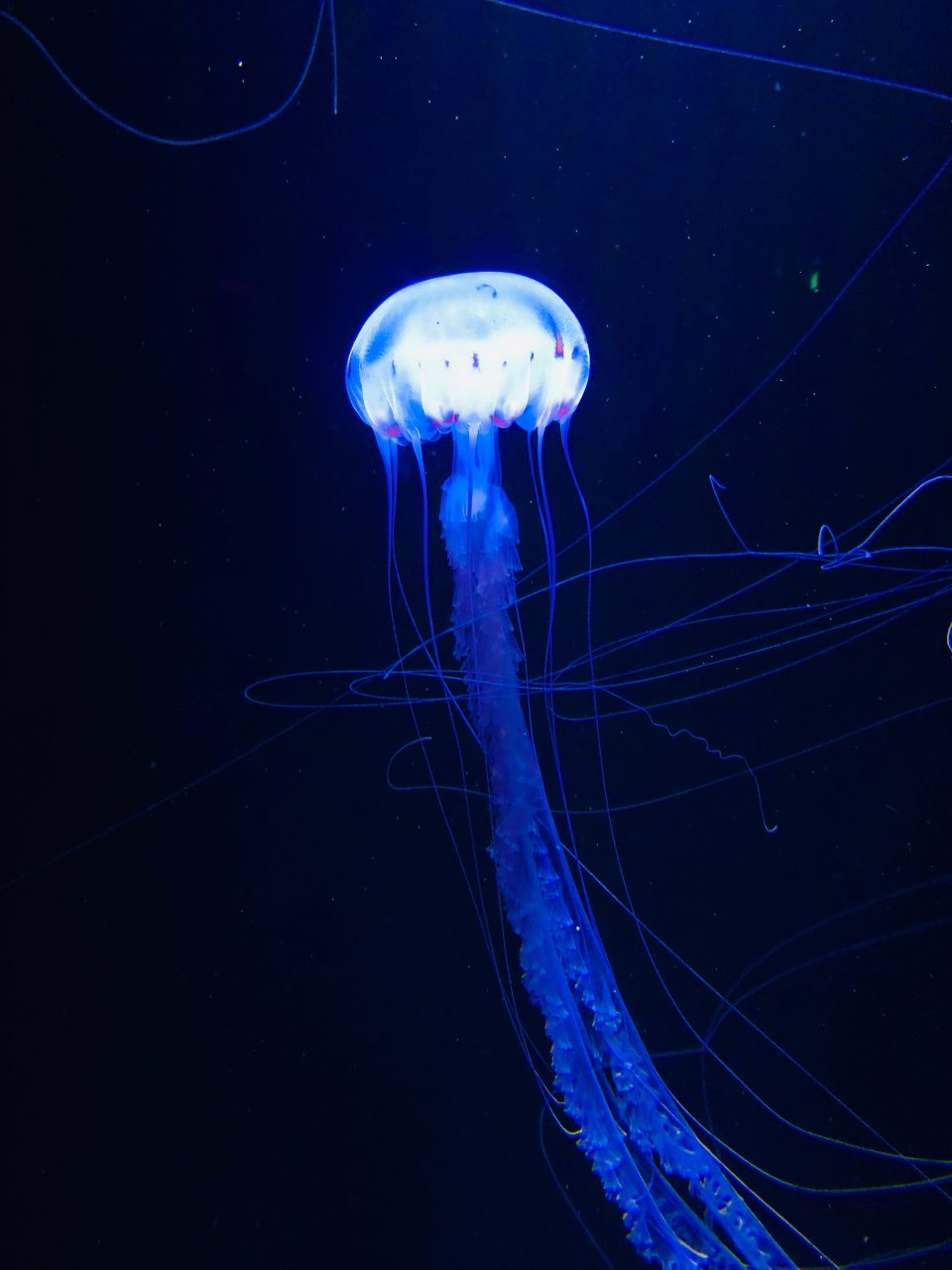 The box jellyfish’s long, thin tentacles are brimming with nematocysts.

Found in Malaysian and northern Australian waters, the Mediterranean Sea, and more recently off the coast of South West England, its name is derived from its shape with two stalk-like appendages dangling from its four corners. Fifteen long, thin tentacles are attached to each stalk each brimming with nematocysts. Growing up to three metres in length and weighing up to 2kg, it can propel itself at speeds of about two metres per second. With a total of 24 eyes, two of which are real eyes in seeing and detecting prey, its other eyes detect light sources from the sun and moon. Unlike other species of jellyfish, the box possesses a nerve system.

Most jellyfish drift with currents and tides in search of prey but this species hunts for its food of small fish and prawns. Its main predators are the flatback sea turtle and the hawksbill turtle, both of which are unaffected by its stinging cells. There are numerous subspecies of box jellyfish and whilst some are venomous, others pose no threat to humans. A particularly venomous species is Chironex fleckeri leading to human cardiovascular shutdown and death within two to five minutes!

On popular beaches in Malaysia, Thailand, Australia, and even in Europe, signs are posted warning swimmers of jellyfish with a bottle of vinegar attached to the post. Vinegar is but a temporary relief measure and merely immediate first aid for a sting. If stung by a box jellyfish, vinegar will stop stinging cells from releasing more venom. Never should you rub the weals with sand or with your hands in an attempt to remove the barbs but instead use a dry towel, tweezers, or even a plastic credit card. Immediate medical help should be sought for anti-venom or antidote jabs. It is heartening to know that most victims survive and that current research is being pursued on the anti-venoms for each of the various types of box jellyfish.

When swimming or snorkelling in tropical waters, it is wise to wear goggles and wear pantyhose or full body lycra suits to provide the best protection from stinging species of jellyfish. The jellyfish stinging cells are not triggered by touch but by chemicals found on human skin. Worldwide, it has been established that jellyfish tend to congregate in swarms in different places according to seasonal changes in water temperature, the abundance of plankton ‘blooms’, the nutrient content of the seawaters, and lunar phases, usually following a full moon.

Please do not allow the above picture that I have painted to deter you from taking a swim. Just keep your eyes peeled whilst in the water, look for warning signs on beaches, and if you see jellyfish, then alert other swimmers and lifeguards or nearby hotel managers. It is better to be cautious of these potential stingers rather than ending up ‘wobbling like jelly!’