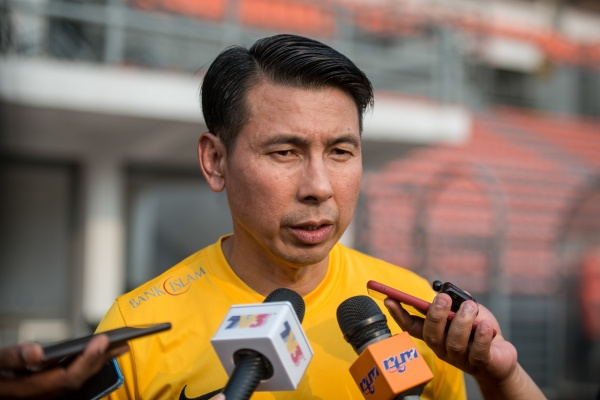 KUALA LUMPUR: The Harimau Malaya’s narrow 1-2 defeat against the United Arab Emirates (UAE) tonight, was due the players’ inability to keep the game intensity and convert chances into goals at the Bukit Jalil National Stadium.

Head Coach, Tan Cheng Hoe, who was hoping for at least a draw against the world number 65 side in the second round of the 2022 World Cup/2023 Asian Cup Joint Qualifiers Group G match, was naturally upset with the outcome.

“Overall the players have shown a great performance, only that we cannot keep the same tempo and intensity. In first half, especially in the first 20 minutes we should have scored more goals.

“The players know that they need to raise the tempo and intensity, because playing against a better quality team, so any chance you create, you must score. I think UAE had two good chances and they converted it,” he said in the post-match press conference yesterday.

Cheng Hoe said his charges, ranked 159th in the world, needed to prepare harder for the upcoming matches, especially in the next match against Vietnam at the My Dinh National Stadium in Hanoi on Oct 10.

Malaysia started with fire through Muhammad Syafiq Ahmad’s header just 30 seconds into the game and completely dominated the match for 30 minutes, before UAE clawed back to secure the win through Ali Ahmed Mabkhout’s brace in the 43rd and 74th minute.

“We went down 0-1, everyone was sleeping and cannot hold the ball and I realised the hole in the left side and I tried to correct it. In the second half, the Malaysian team looked tired, we managed to score the goals.

The Dutchman, who led the Netherlands to the 2010 World Cup final before losing 1-0 against Spain, said the three changes made by Cheng Hoe after UAE took the lead, revitalised the home side.

UAE will next host Indonesia at the Al Maktoum Stadium, Dubai on Oct 10. – Bernama