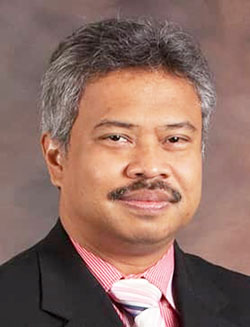 KUCHING: Universiti Malaysia Sarawak (Unimas) is currently carrying out investigations on the alleged claims that food served during the university’s ‘Minggu Aluan Pelajar’ was below standard and did not match the amount paid to the university.

Its deputy vice-chancellor (Student Affairs and Alumni) Prof Datu Mohd Fadzil Abdul Rahman said if proven that the contractor supplying the food had failed to abide by the contract terms, the university will not hesitate to take stern action by blacklisting the company.

“The food provided to students during orientation week were supplied by several contractors appointed by the university and what happened was that probably, one of these contractors had failed to comply with the terms and conditions of the contract,” he told The Borneo Post when contacted today.

Fadzil explained that the supplying of food contracts at the university is tendered out to different contractors to ensure that the food would not be contaminated.

“We have to provide food for around 3,800 students and if we were to supply to only one contractor, they would not be able to handle it.”

He pointed out that what had occurred was an isolated case as the university has always pride itself in providing the best service to its students.

“We have been doing this for more than 20 years and this is the first time we have received comments in regards to the food served to students.”

“In fact, our survey shows that more than 80 to 90 per cent of students accepted the food we served them during orientation week and only a small group did not like the food.”

He stressed that the students who had posted their grouse on social media should have immediately informed the university.

“This would enable us to handle the issue almost immediately. Had the student informed us, we can immediately confront the contractor.

“If proven true, we will blacklist the contractor and the company will not be paid as well. We don’t tolerate and will never compromise with unscrupulous contractors who want to make a profit at the expense of the food,” he remarked.

Special assistant to Deputy Domestic Trade and Consumer Affairs Minister, Sim Kiat Leng yesterday said DAP Sarawak had received complaints in regards to the food served during Unimas’ orientation week where a breakfast of fried rice and a drink cost RM4 while lunch and dinner comprising rice and fried chicken were priced at RM8 each per person.

He said with the same price, students ought to have a bigger portion of food instead such as two types of vegetable and a portion of meat for one meal.