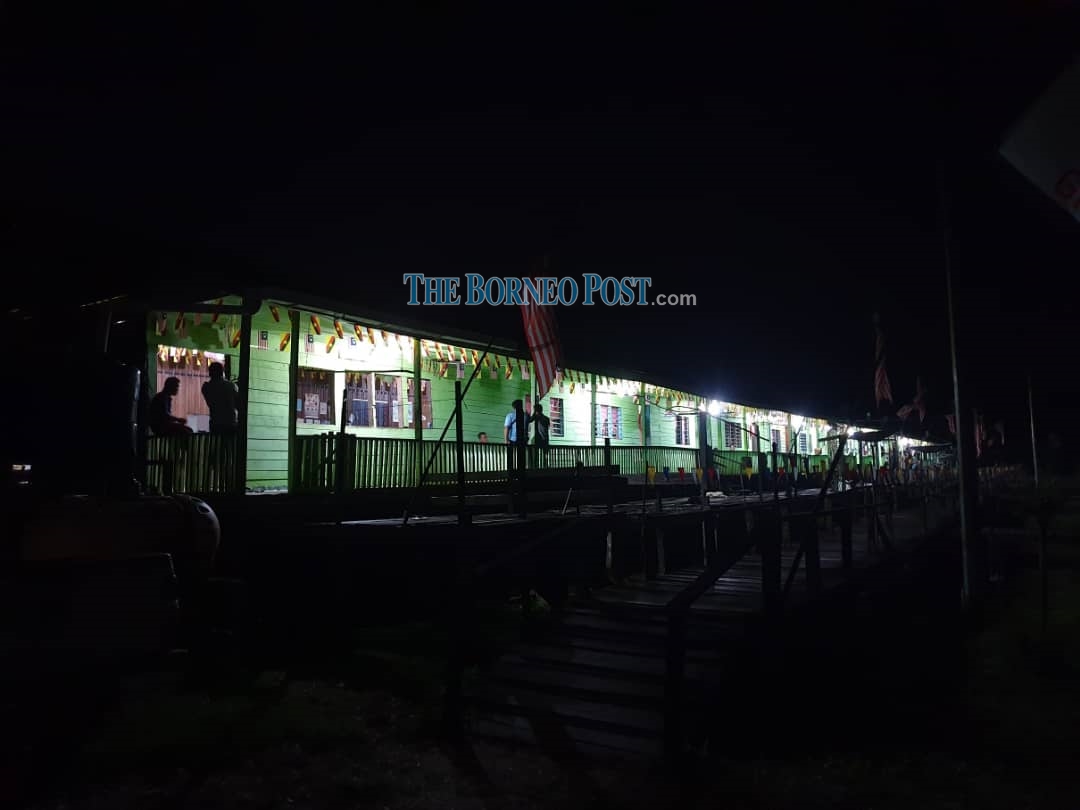 Rumah Robert in Ulu Kakus, Tatau is one of many longhouses which now has access to 24-hour electricity through SARES.

A presentation ceremony was held at Rumah Robert in Ng Segun, Ulu Kakus, Tatau on Wednesday (Sept 11) to commemorate the completion and commissioning of the solar-powered systems which was officiated by Assistant Minister for Rural Electricity Supply Sarawak, Datuk Liwan Lagang.

In the Bintulu division, SARES has already powered up 39 remote villages and longhouses.

By 2020, another 102 households from four longhouses will have access to 24-hour reliable and renewable electricity supply through SARES.

In his speech at the event, Liwan said the Accelerated Rural Electrification Masterplan aims to expedite the plan to provide full electricity coverage for Sarawak by 2025 through a mix of strategies.

This includes expanding the state’s power grid by extending transmission and distribution infrastructure as well as lighting up remote communities through off-grid solutions.

“The Ministry of Utilities and Sarawak Energy Berhad will continue to work closely together to expedite efforts to accelerate rural electrification coverage to 97 per cent by 2020 and aim towards full electrification by 2025,” he said.

He explained that the SARES team would continue to provide technical support and train the beneficiary communities to operate and maintain the system.

“If any major work is required, the team will be deployed to handle the issue and to ensure reliable supply to the residents.

“These remote communities will eventually be connected to the main grid when road infrastructure is developed or improved, but in the meantime, SARES serves as a reliable system that meets the basic needs of remote rural households in Sarawak,” Lu added.

SARES has accelerated electricity coverage in Sarawak, providing electricity to almost 5,000 households in 192 villages in remote areas since its launch in 2016.