Saturday, February 29
You are at:Home»News»Sabah»Baseless for Philippines to resurrect claim over Sabah – SLS 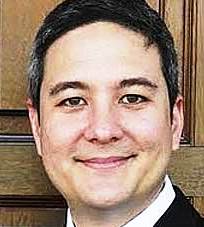 KOTA KINABALU: The Sabah Law Society (SLS) categorically dismisses the substance of a reported reaffirmation of the Philippines’ claim over Sabah by the Philippine Foreign Affairs secretary, Teodoro Locsin Jr at the Budget Briefing of the Committee on Appropriation recently.

Its Immediate Past President, Brenndon Keith Soh, said SLS is of the considered opinion that any attempt to resurrect the Philippines’ claim over Sabah is baseless, without merit and runs counter to the recognition of Sabah being part of Malaysia by the international community.

In addition, he said it can be argued that the people of Sabah have already exercised their right to self-determination through Malaysia as found by the Cobbold Commission of Inquiry in 1962 and subsequently verified by the United Nations Mission on Malaysia in 1963.

By way of history, Brenndon pointed out that it must be recorded that the Malaysian case over Sabah derives from Britain’s former title as was stated in the Malaysia Agreement 1963 (MA63), where it was explicitly stated that “The Colonies of North Borneo and Sarawak and the State of Singapore shall be federated with the existing States of the Federation of Malaya…”. The British Government had taken the stand that it was entitled to and enjoyed territorial sovereignty over Sabah (then North Borneo) at the time of the signing of MA63. It is indisputable that the British Crown has had territorial sovereignty over North Borneo by virtue of nearly 90 years of continuous administration and occupation by British interests.

Under international law, the Philippine Government has several hurdles to satisfy a claim to Sabah, which we submit cannot be overcome. Chief among these is that the Philippine Government’s claim is only as strong as was the claim of the Sultan of Sulu, as it relies on the succession rights of the Sultanate. In 1878, the Sultan of Sulu entered into an agreement granting certain concessions over Sabah with Baron de Overbeck and Alfred Dent, who later transferred this interest to the British North Borneo Company. It is submitted that this document ceding territorial rights over Sabah is in the form of a “grant of cession” as opposed to a “lease”. Fortifying this position is the fact that there was a lack of protest by the Sultanate against continuous British rule subsequent to 1878.

Secondly, the Philippine Government relies on the assignment of the Sultanate’s rights of sovereignty over Sabah in 1962. However, Sultan Jamalul Kiram passed away in 1936 with no obvious heir. It is therefore dubious whether the Sultanate survived long enough for whatever rights he held over Sabah to be effectively bequeathed to the Republic of the Philippines by means of a cession in 1962 signed by the heirs of the Sultan.

In fact, the 1939 decision of the Supreme Court of North Borneo by Macaskie CJ held that “The Philippine Government allowed Sultan Jamalul Kiram to enjoy the cession moneys as a private person since 1901; they have made no claim on his death and by a judgment of a Philippine Court recognised the right of the private heirs of the Sultan to receive the cession money.”

For the Philippines’ claim over Sabah to be consistent, the Philippines should have made a claim to the cession moneys in the name of the Government as opposed to allowing the same to be claimed by the late Sultan’s heirs.

Thirdly, the Philippine Government’s own conduct does not lend weight to their claim over Sabah. There are a number of recorded occasions since 1946 when they remained silent when it should have spoken if it wanted to prevent the development of a prescriptive title by the United Kingdom (UK).

Examples of this include when the UK annexed North Borneo on 15 July 1946 by virtue of the North Borneo Cession Order. Additionally, as late as 1961 a Philippine law was passed delineating the baselines of the Philippine territorial sea which made no mention of any extension of Philippine sovereignty to North Borneo.

Apart from the above, there are many other facts and circumstances which point towards a hollow claim by the Philippine Government over Sabah. The timing of the reaffirmation of the Philippines’ claim is unfortunately highly provocative, inappropriate and insensitive in view of the imminent Malaysia Day celebrations on September 16, 2019, where we recognise and reaffirm the current formation of Malaysia as a nation between Malaya, Sabah and Sarawak.

Moving forward, Brenndon who is co-chairperson for the Sub-Committee on Constitutional Law/MA63, Sabah Law Society, said it would be more constructive if the Philippines were to withdraw their claim over Sabah in view of the vast potential for mutual cooperation and benefit between the two neighbouring nations.

Specifically, these include the areas of commerce, tourism, manufacturing, trade and security. In so doing, we would be building upon the spirit of cooperation as partners in the existing platform of ASEAN and other regional organisations, he said.