Saturday, February 29
You are at:Home»World»Boeing CEO: 737 MAX could be ‘phased’ back into service by regulators 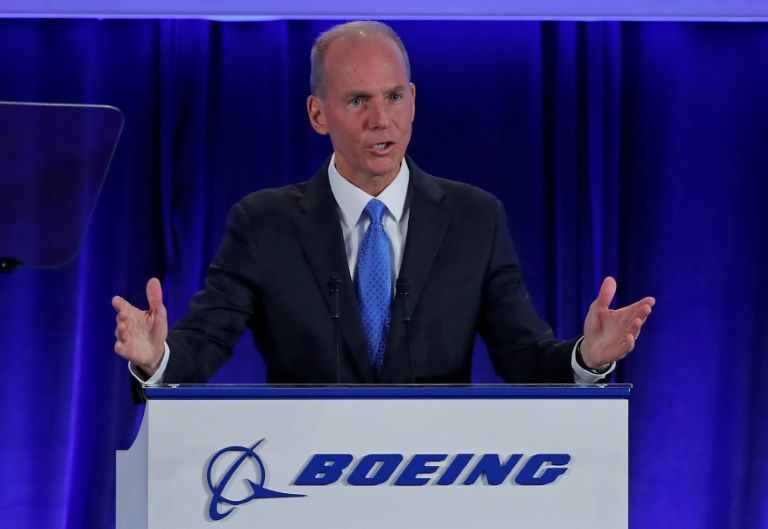 Boeing Chief Executive Officer Dennis Muilenburg said the 737 MAX could be brought back into service gradually by government regulators but is still on track to be cleared to fly again in 2019. AFP Photo

NEW YORK: Boeing’s 737 MAX could be brought back into service gradually by government regulators but is still on track to be cleared to fly again in 2019, the company’s CEO said Wednesday.

“A phased ungrounding is a possibility,” Boeing Chief Executive Dennis Muilenburg said at an investor conference in California.

The aircraft has been grounded since mid-March following two deadly crashes but could return to the air on a staggered schedule in different countries.

Muilenburg said the company is still working through a number of questions with the US Federal Aviation Administration and other regulators but that “all of that work supports our timeline for an early fourth quarter return to service.”

The company is addressing questions from the European Union Aviation Safety Agency, which has expressed concerns about pilot training requirements and about a malfunction of the “angle of attack” which triggered an anti-stall system linked to the deadly crashes of Lion Air and Ethiopian Airlines planes.

“I wouldn’t see those as divisive,” Muilenburg said of the EASA queries. “I just think those are questions that we need to answer as part of the process.”

Muilenburg said the company still viewed a temporary shutdown as a possibility under certain scenarios, but that “our bias right now is to maintain a stable rate at 42 a month.” – AFP

Previous ArticleOn 9/11, Trump vows to hit Taliban ‘harder’ than ever
Next Article 100 kgs of bombed fish seized from four fishermen