Saturday, May 30
You are at:Home»Business»Five UK AI firms plan to set up operations in M’sia 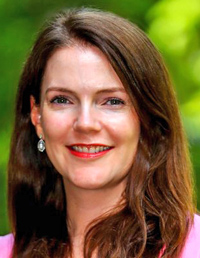 KUALA LUMPUR: In an effort to strengthen technology tie-ups between Malaysia and the United Kingdom (UK), five UK Artificial Intelligence (AI) companies will set up operations in the country soon.

The UK’s Trade Commissioner for Asia Pacific Natalie Black said the collaborations are in line with aspirations by both countries to promote ethical AI, which has drawn concerns from some quarters lately.

“We have conducted government to government talks where we have met Communication and Multimedia Minister Gobind Singh Deo when he came to the UK earlier this year,” she said during NextBigTech Asia 2019 conference yesterday.

The technological collaboration between Malaysia and the UK she said, could drive the adoption of AI in Industrial Revolution 4.0 at a faster rate as it could boost productivity across the board.

Research conducted including by Microsoft according to the trade commissioner has shown that a higher rate of AI adoption could boost innovation as well as increasing productivity by a staggering 60 per cent.

She also said a safe AI environment for all could contribute to a healthier and fairer global economy.

During his trip to the UK in February this year, Gobind and his delegation reportedly held a series of meeting with UK government officials to explore collaborations in a number of fields including AI, cybersecurity, 5G and creative content.

Prime Minister Tun Dr Mahathir Mohamad according to her during their meeting recently, had expressed his interest in enabling people with the right technology.

“He (Dr Mahathir) was so interested in what Century Tech has to offer when we showed him what we have. He aspires to put the best teachers in Malaysia in front of every child,” she said adding that, the company has engaged selected schools in a bid to boost education globally, including in Malaysia.

“That is what we aspire to enhance global education with present technology especially AI,” she said. — Bernama