Thursday, July 16
You are at:Home»News»Nation»Grateful to conceive, but regrets hubby did not get to know — Widow of Major Mohd Zahir 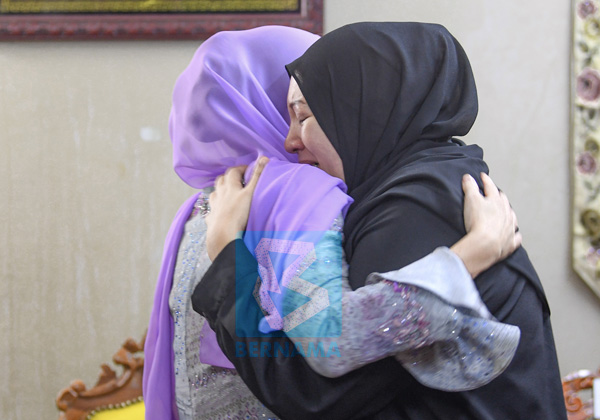 IPOH: Nour Shafinar Harun, wife of the late Major Mohd Zahir Armaya, who died in a live-fire demonstration at the Lok Kawi Camp in Sabah eight days ago, remains patient and strong even after discovering that she is pregnant.

Nour Shafinar, 31, however, does not know the actual stage of her pregnancy as she is still mourning, thus has not gone to the clinic to find out.

“Two days after my husband’s demise, a friend asked me whether I was pregnant. It occurred to me then that I had missed my period for over a month and felt that I had gained weight a bit although I wasn’t eating much as I was on diet. I did a pregnancy test (with a kit) and found that I was pregnant. Alhamdulillah (praise be to God) but it’s sad that my husband did not get to know about it,” she said when met by reporters at her family home in Taman Perpaduan here yesterday.

Nour Shafinar said she did not blame any party for the tragic incident which took away her husband’s life but accepted it as fated.

“I take it as an accident during a training exercise as they (commandos) are all sharpshooters. We couldn’t know what would happen,” she said.

Nour Shafinar said Tuanku Zara also advised her to be patient and to remain strong in carrying on with life and looking after her children.

Mohd Zahir, 36, a commando officer of the 11th Special Forces Regiment, died on Sept 4 after being shot during the demonstration held in conjunction with the launching of the 5th Infantry Division and 13th Infantry Brigade.

On Tuesday, Sabah Police Commissioner Datuk Omar Mammah, in a statement, said the investigation into the incident indicated negligence to be the cause.

He said the case was being investigated under Section 304A of the Penal Code and a number of individuals would be called to assist the investigation. — Bernama