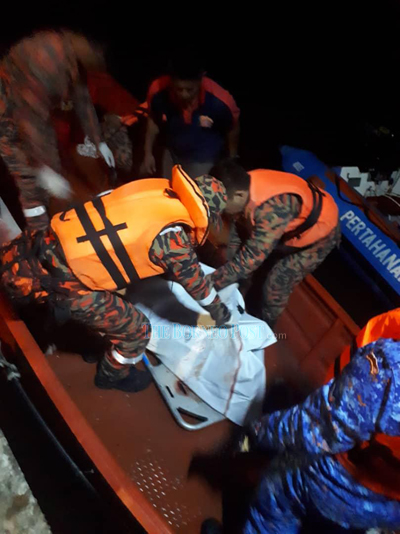 LAWAS: The Limbang Marine police Search and Rescue (SAR) team has found a body of a man near Labuan waters around 6pm yesterday.

However, the body has yet to be identified as that of 26-year-old Mohamad Amirul Bakar, the last of three anglers who were reported missing after they failed to return from their fishing trip on Monday.

District police chief DSP Roslan Leman when contacted yesterday confirmed that a body of a man has been found as the operation to locate the remaining angler entered its third day yesterday.

The first body was found around 8.40am on Tuesday which was later identified as 30-year-old Yeu Chee Tiong.

He was found at Sungai Labi-Labi.

The second body identified as 29-year-old Farouk Arlan Ahmad Sabri was later found around 11.30pm on Tuesday by KampungPunang’sBomba Volunteer Unit and villagers of Kampung Punang.

“The body has been brought back to Lawas but the family could not identify it.

“We will carry out a second identification tomorrow (today),” said Roslan.