Tuesday, August 11
You are at:Home»News»MetMalaysia carrying out cloud seeding operations over Sarawak’s skies to fight haze

KUCHING: A cloud seeding operation will be carried out today to lessen the effects of the ongoing haze situation in Sarawak.

The Malaysian Meteorology Department (MetMalaysia) revealed in a Facebook post today that the operation would be conducted together with the Royal Malaysian Air Force (TUDM) and the Labuan Water Department.

“MetMalaysia is collaborating with TUDM and the Labuan Water Department to carry out the cloud seeding operation in Sarawak this afternoon” it said.

The state’s Disaster Management Committee spokesperson also announced that the TUDM aircraft has left Labuan to carry out the operation.

“The flight from Labuan will fly over Kuching, Samarahan, Serian, Sri Aman and Betong before it returns to Labuan,” a press statement read.

However, the cloud seeding operation’s success would depend on the availability of clouds in the affected areas.

As of 12 noon today, Sri Aman is the only division in Sarawak that is still recording an Air Pollutant Index (API) reading of 156, indicating an unhealthy air quality level.

Other divisions in Sarawak are recording moderate readings. The latest readings can be obtained from the Department of Environment’s website here. 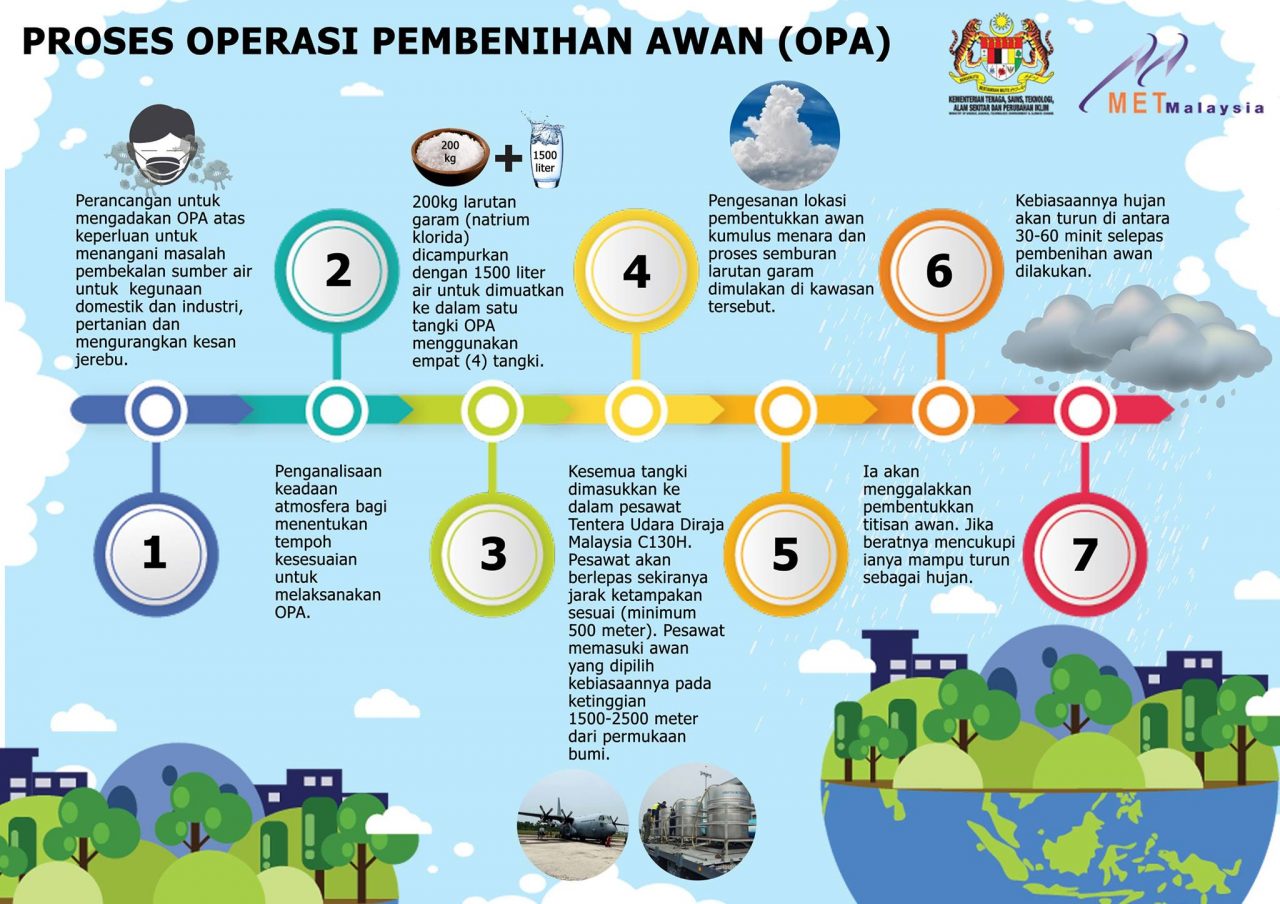 A cloud seeding infographic released by the Malaysian Meteorological Department.