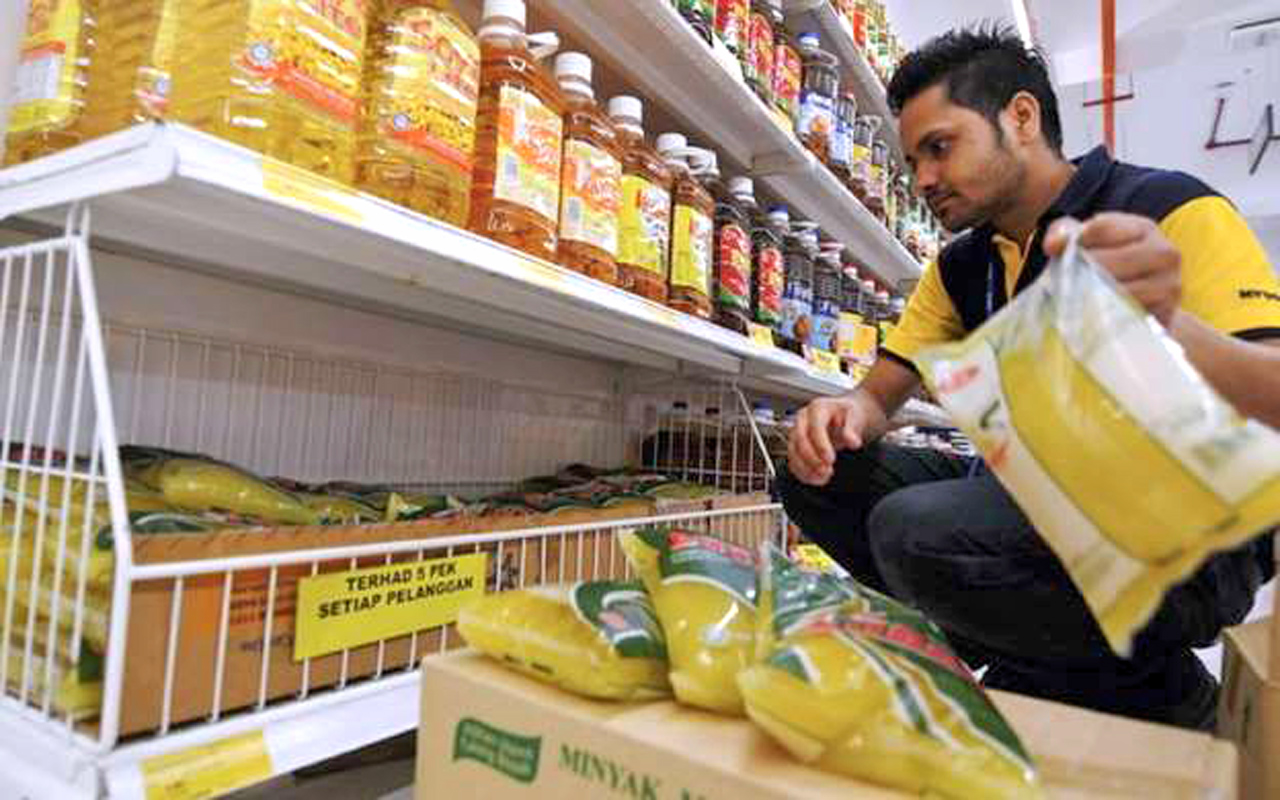 Malaysia and Indonesia are looking to ban goods labeled palm oil-free in retaliation against the EU restrictions and tariffs on biofuel made from palm oil. — Reuters photo

KUALA LUMPUR: Retailers in Malaysia and Indonesia should ensure shoppers can easily find foods made with sustainable palm oil, instead of refusing to stock products that steer clear of the controversial oil, environmentalists said on Tuesday.

Palm oil, the world’s most widely used edible oil, is found in everything from margarine to biscuits, and soap to soups.

But the US$60-billion global palm oil trade has been targeted by green activists for contributing to forest loss and fires, as land is cleared to plant palm trees, besides exploiting workers.

Malaysia and Indonesia – which together produce about 85 per cent of the world’s palm oil – have made moves in recent weeks to force or persuade retailers to ban products with “palm oil-free” labels to protect their key export.

The European Union (EU) this year decided to phase out palm oil from renewable fuels by 2030 due to deforestation concerns.

Malaysia and Indonesia are looking to ban goods labeled palm oil-free in retaliation against the EU restrictions and tariffs on biofuel made from palm oil, said Grant Rosoman, senior campaign advisor at Greenpeace International.

But that could backfire “as consumers feel they are not being fully informed of what is in their food”, he warned.

Malaysia is considering a law banning all products that flaunt non-use of the oil, and has also launched an international offensive to polish palm oil’s image.

Paula den Hartog of the Rainforest Alliance, a US-based non-profit working on responsible business, said backing palm oil produced in line with environmental and ethical standards would be “the most constructive way forward”.

“Bans of whichever kind tend not to be effective in solving the underlying problems of deforestation, greenhouse gas emissions, land and human rights abuses often associated with palm oil production,” she added.

And switching from palm oil to other oils would not remove deforestation from supply chains, as alternatives also require land for cultivation, noted WRI’s Putraditama.

Promoting products that highlight their avoidance of palm oil, meanwhile, creates disincentives for producers who have worked to achieve sustainable certification, analysts said.

Sustainable palm oil accounts for about a fifth of global production, at an estimated 12.3 million tonnes per year, and is sold at a premium – but demand only covers about half of supply.

Late last year, the Roundtable on Sustainable Palm Oil (RSPO), the industry’s watchdog, adopted a stricter set of guidelines that included a ban on cutting down forests or converting peatlands for oil palm plantations.

But growers and environmental campaigners warned the new rules would only succeed if brands and consumers bought larger amounts of oil certified as green and ethical.

Darrel Webber, chief executive of the RSPO, told the Thomson Reuters Foundation that when grown properly, oil palm can be “a very sustainable crop”.

“Instead of using palm-free labeling, we would like to see companies using the RSPO trademark … (and) see governments around the world work with each other to make sustainable palm oil the norm, whether growing it or consuming it, or both.” — Reuters