Sunday, July 12
You are at:Home»News»Sabah»Stop using MACC as political tool 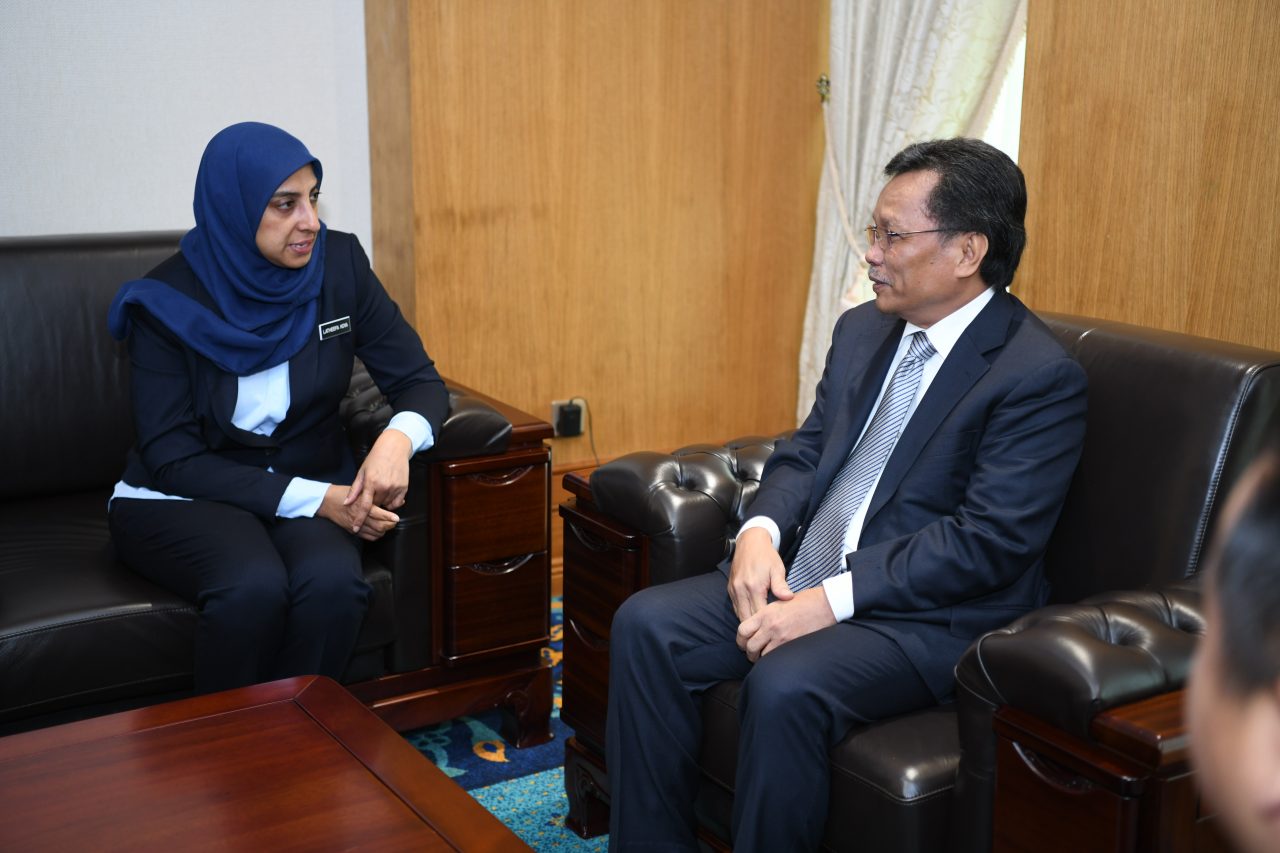 Latheefa speaking to Shafie during the courtesy call.

She said that in the past, there had been numerous complaints that were lodged based on ‘political motives’ and some of these complaints might not even have any basis.

“The MACC, for a long time, has been used as a political tool. People would lodge reports just to get at each other. We (MACC) strive to be professional and we do not want MACC to be used as an avenue where people would simply lodge reports against each other,” she told reporters after paying a courtesy call on Chief Minister Datuk Seri Shafie Apdal here yesterday.

Latheefa made the statement after a reporter asked for her comment on the opposition’s call, in particular Star Sabah president Datuk Dr Jeffrey Kitingan, for the MACC to be ‘fair’ in investigating all corruption cases even if it involves the Pakatan Harapan leaders or its allies.

In a report published by an online portal last month, Jeffrey had said that the MACC should review some of the corruption cases in Sabah – even those that might allegedly involve Shafie before he became the Chief Minister.

“Nothing has stopped just because someone has come into power – we have not automatically stopped. We will only stop if the case does not go beyond the initial complaint,” stressed Latheefa.

“We want to educate the public as well. We have a lot of situations where people would come to the MACC just to lodge a complaint and then hold a press conference and then tell the media ‘I’ve done it’ … this is the problem,” she added.

She reminded the opposition leaders who might be unsatisfied with the way the MACC is doing its job to first look at the actual substance of their respective cases.

“If the opposition feels that there is a perception of us not looking into their case. Maybe they have to look at the way they have done their complaint. Is it with substance? Or is it just a complaint? Or do they just make these statements in public or in the media?” she asked.

When asked to comment on the risk of the corruption within the government linked-companies (GLCs) in the state, Latheefa explained that the MACC does not actually have any authority over the GLCs at the state level.

Earlier in September, it was reported that the MACC had identified government bodies and GLCs that are at added risk of abuse and corruption.

“As far as the state is concerned, it is run by the state itself. So, we do not have the direct authority of power but we are trying to make each state understands that – whether it’s GLCs, agencies or departments – each state has more access to resources and has more powers to land and things like that.

“So the chances and opportunities for corruption is higher at the state level. So we do hope that they will take note of that and they will start similar directives from the DUN (the Sabah State Assembly),” she said.

“In terms of prevention, we are also pushing for each state to declare its assets as the first step. We have reminded the state authorities to start doing the declaration of assets by the ADUNs (state assemblymen). These are all prevention (methods), which we think are more effective than just mere arrests and remands or sending individuals to jail.

“We would like to focus on the power of prevention which is equally mandatory and they need to comply,” she added.