Tuesday, February 18
You are at:Home»World»Thousands pray for rain in Indonesia 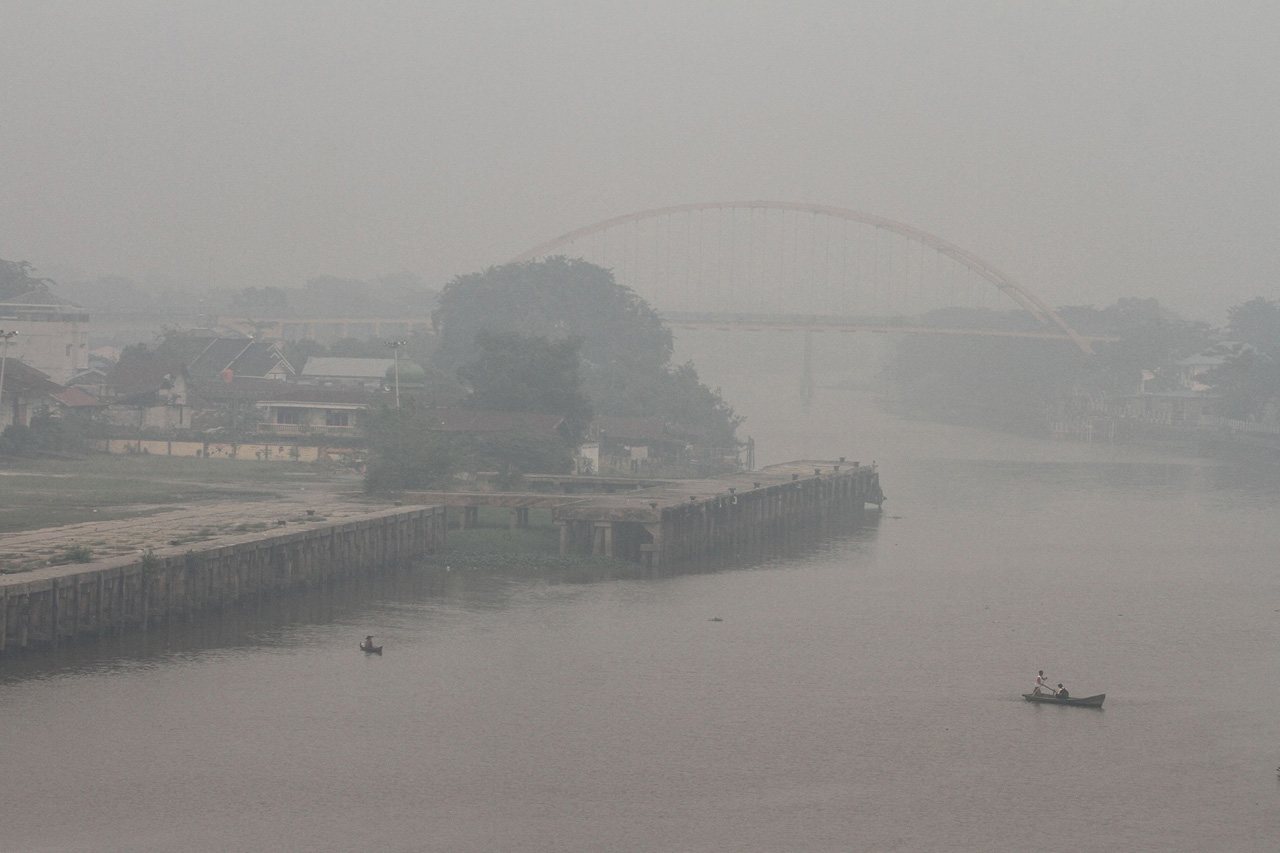 People use wooden boats to cross a river covered in smog due to the forest fire in Pekanbaru, Riau province, Indonesia, in this photo taken by Antara Foto. — Reuters photo

JAKARTA: Thousands of Indonesians prayed for rain in haze-hit towns on the islands of Sumatra and Borneo yesterday, as forest fires raged at the height of the dry season, the state Antara news agency reported.

Fires have burnt through parts of Sumatra and Borneo island for more than a month and the government has sent 9,000 military, police and disaster agency personnel to fight the flames.

Indonesia’s neighbours regularly complain about smog caused by its forest blazes, which are often started to clear land for palm oil and pulp plantations.

But Indonesia said this week it was not to blame and fires had been spotted by satellites in several neighbouring countries.

Several parts of Southeast Asia have seen unusually dry conditions in recent months including Indonesia, which has seen very little rain because of an El Nino weather pattern, its meteorological department has said.

Some communities have taken to prayer in the hope of ending the dry weather, and the haze it brings.

Thousands of people in Pekanbaru, capital of Riau province in Sumatra, held Islamic prayers for rain outside the governor’s office. Many of those taking part wore face masks to protect themselves from the smoke, Antara reported.

“We’re doing everything we can, now we pray to Allah for the rain,” deputy provincial governor Edy Nasution told the news agency.

Similar prayers were held in towns in Kalimantan, the Indonesian side of Borneo, where air quality has been at unhealthy levels and schools have been forced to close, the news agency said.

Indonesian authorities are using 37 helicopters and 239 million litres of water bombs to attack the blazes, the disaster agency said on its Twitter account, while aircraft were seeding clouds in the hope of generating rain.

The agency said 5,062 fire ‘hot spots’ had been detected in six Indonesian provinces.

Endro Wibowo, deputy police chief of the town of Sampit in Central Kalimantan province, said his team was working around the clock to put out the fires.

Criminal cases have been initiated against 175 people in different places on suspicion of starting fires while four palm oil companies were facing charges of negligence, police told media.

The Indonesian Forum for the Environment (Walhi) said small-scale farmers were being blamed for fires started by palm oil plantation companies.

“Actions by the central and local governments have not been strong enough against companies in industrial forests or palm plantations on peat lands. They always blame the community,” said Muhammad Ferdhiyadi of the group’s South Sumatra branch. — Reuters

Previous ArticlePink Ribbon group seeks RM20,000 annual grant
Next Article Grateful to conceive, but regrets hubby did not get to know — Widow of Major Mohd Zahir