Saturday, February 29
You are at:Home»News»Sabah»UMS students to learn about forest restoration 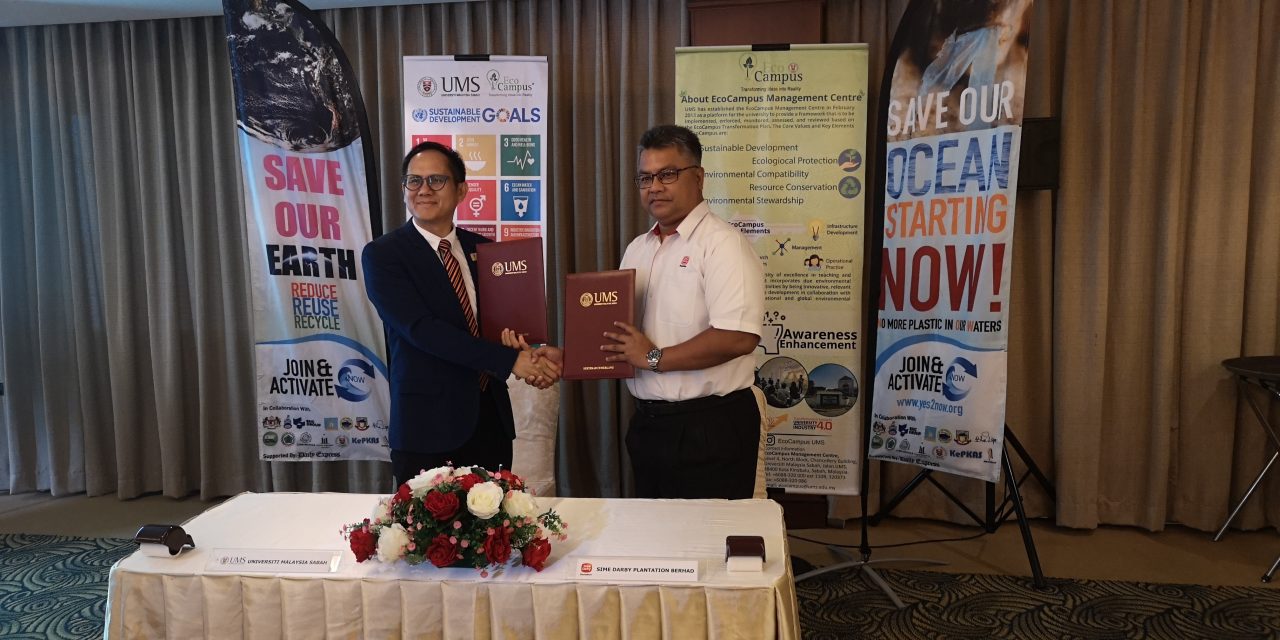 KOTA KINABALU: Universiti Malaysia Sabah (UMS) has signed a Letter of Intent (LoI) with Sime Darby Plantation Berhad to enable the university’s forestry students to carry out their hands-on practice and learn about the forest in its natural setting at the latter’s plantation at Sapong, Tenom.

According to UMS Deputy Vice Chancellor of Research and Innovation, Associate Professor of Technologies Dr Ramzah Dambul, the UMS students would learn the holistic process of restoring the forest area of about 267 hectares at the plantation.

The area is classified under degraded forest, he said.

“They will learn from the selection of seedlings, nursery and planting right up to care and silviculture,” he said during the signing ceremony held at UMS yesterday.

He also said that the win-win endeavor would provide opportunities for students to practise and implement what they had learned during lectures.

In addition to learning about forest restoration, the students would also be exposed to researches in ecosystem and ecology of the diverse flora and fauna and many more, he said.

He added that reforestation is one of the focus of UMS as an ecocampus.

Among others, the LoI will benefit UMS in terms of its function in utilising the forest as a classroom for the students to learn about reforestation, silviculture and biodiversity researches; UMS can carry out long-term research on forest dynamics and forest restoration; allow the UMS students involved to discuss about the best practices related to reforestation and other sustainability issues; contribute to UMS carbon emission; and improve the university’s ties with industry players and allow the university to partake in a large scale reforestation.

He said that the forest area features three fast flowing streams and has been left untouched for over 40 years.

“Although it is a secondary forest with low canopy and a small number of huge trees, Sime Darby Plantation is nonetheless very proud to have this piece of untouched forest in our land bank profile,” he said.

He also said that the oil palm plantation industry had been incessantly marred by allegations of deforestation.

“The industry is always being accused of being responsible for driving the extinction of the orangutan. These sweeping accusations also afflict responsible companies like Sime Darby Plantation. The existence of this substantial forest area in Sapong Estate is testament to our commitment towards the no deforestation, no peat and no exploitation (NDPE) standards,” he said.

Mohd Faris also noted that they had also collaborated with the Sabah Forestry in reforesting the Northern Ulu Segama Forest Reserve to rehabilitate and preserve the orangutan habitat.

With regard to the partnership with UMS, Mohd Faris said that it proves a massive benefit to the environment and humankind.

He said that the forest area concerned would become a teaching forest for UMS and would benefit the forestry students as they can learn about the forest in its natural setting.

He said the forest would also serve as an in-house training ground in forest management and conservation for their own staff.