Saturday, October 1
You are at:Home»News»2,000 to help with Pentecostal Night 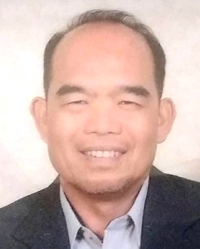 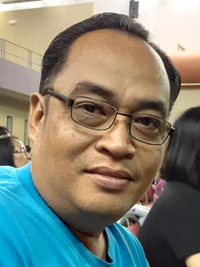 KUCHING: Some 2,000 church members from different denominations have volunteered to assist with Pentecostal Night at the Jubilee Ground this weekend (Sept 14-15).

They will be divided into groups and assigned different duties and responsibilities to ensure the smooth running of the mammoth gathering.

Some will be assigned as ushers to welcome and greet the thousands of faithful, including the sick and physically weak; some will oversee security; while a group of 200 will be in charge of audio-visual and music production. Pentecostal Night 2019 chairman Datuk Janang Bungsu gave volunteers a detailed briefing of the programme on Sunday, following which they were assigned to their respective groups and responsibilities.

“I believe that the Pentecostal Night would provide a great awakening for the Christians in Sarawak and one that would trigger a revival that would spread to the interior, especially the longhouses,” he said.

Susy John could not hide her excitement to serve, saying, “I just want to be there and experience the outpouring of the Holy Spirit.”

For Nonie Jilan, to serve as a volunteer was an honour.

“I volunteered as an usher because I want to be a channel of blessing.”

Jacqueline Tunggi, who shared similar sentiments, said, “I contribute my part as an usher because the Bible has taught me to give whatever I can for the extension of His Kingdom.”

Mathew Ng and Prescar Anggat described Pentecostal Night 2019 as a great revival that would ignite the fire of spiritual awakening and spread it to the longhouses and villages in the rural areas.

“I want to see souls coming back to the Lord as Jesus himself said in Matthew 6:3 that we are to seek first the Kingdom of God and His righteousness,” said Mathew.

Massan Kaya said he is blessed to be able to volunteer and attend Pentecostal Night.

“It is more blessed to serve than to be served and I want to be part of the revival event,” he said.

“I am very excited about the event as I believe that God is going to do great things in our midst,” said Eleanor Linang.

Doris Abot Linang added, “I feel blessed to have the opportunity and would like to encourage all Christians not to miss the movement of God among the people of different denominations and ethnic groups.”

“We are blessed to be able to congregate with believers from all denominations and experience the outpouring of the Holy Spirit this time around,” said Doris Juan.