Tuesday, July 5
You are at:Home»News»‘Faulty luggage X-ray machine to be repaired today’ 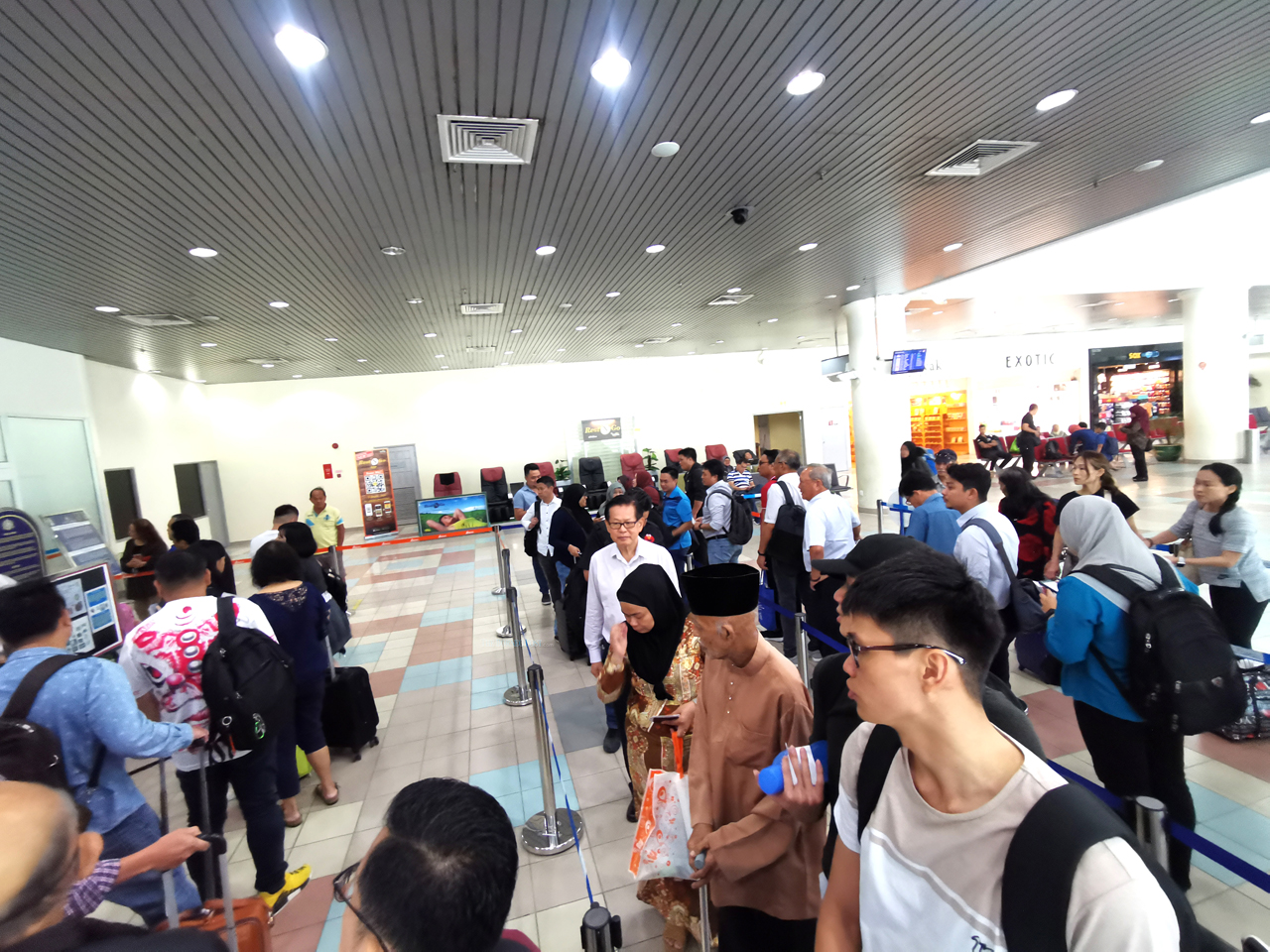 Lee (in white long sleeves) queues with other passengers to enter the departure hall at Miri Airport.

MIRI: The faulty luggage X-ray machine which is causing long queues at the entrance of Miri Airport departure hall is expected to be repaired once the technicians and spare parts for the machine arrive today.

Minister of Transport Datuk Lee Kim Shin, who was one of the passengers who had to wait in the long queue yesterday, said he was told by Miri Airport manager Zainal Abidin Harun that they are flying in the spare parts and technicians for the machine today.

“I’ve spoken to the manager of MAB (Malaysia Airports Berhad) here, and he said tomorrow (today) they will fly in the spare parts and technicians to repair the machine. The machine is expected to be back to normal after the repair.

“At the same time, I also suggested to MAB to at least have one spare X-ray machine there. They normally use two machines, especially in the morning as there are quite a number of flights around that time.

“One machine cannot cater to the large number of passengers when the other one breaks down. So there should be at least one spare machine for times like this, because Miri is a busy airport,” he told The Borneo Post yesterday.

Lee disclosed that he has also requested Zainal to increase the number of staff checking passengers’ identity card and boarding pass, to ease congestion at the departure hall.

“By doing this, we can speed up the security clearance process because many passengers are rushing for their flights,” he said, adding that he had also spoken to the airport manager about this matter. Meanwhile, Lee strongly urged Miri Airport to replace its escalators which frequently break down.

“I’ve been receiving a number of public complaints on this as well. Previously there was a plan to replace the old escalators.”