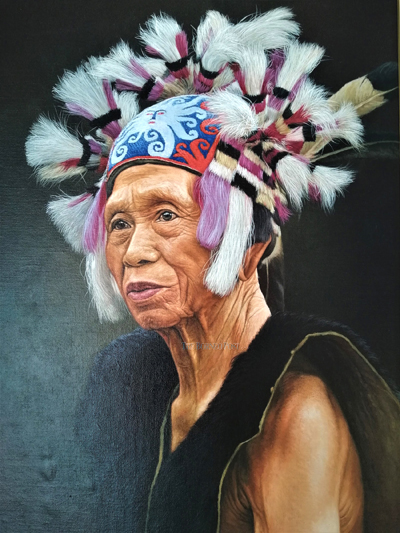 Sarawakiana series are dedicated to the work of local artists that carries cultural and traditional elements. 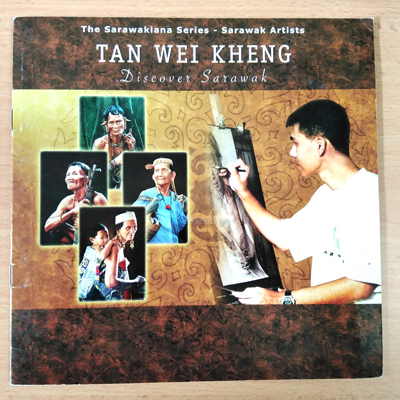 Among the precious paintings of Tan Wei Kheng at Pustaka Miri that carries elements of Sarawak’s rich and diverse cultures.

Currently, according to Pustaka Miri, the society has low appreciation and misconception about art, resulting in heritages such as these to disappear with age.

“Art by local artists is undeniably one of Sarawak’s greatest heritages. However, the art and the artists themselves have yet to receive much exposure from the public and there is little appreciation for their works.

“Our society’s low appreciation and misconception about art has left heritages such as these to disappear with age,” said Suria Sonia Abdullah, Pustaka Miri’s public relations officer in a statement yesterday.

She said paintings are priceless recordings of the way of life of Sarawakians.

Preserving them is not only a way to document culture and tradition but another important purpose is to nurture a love for art and self-expression among the local community, she added.

Thus Pustaka Miri, besides purchasing the works of the local artists for display at the library, had also documented their works under the Sarawakiana series.

“Other than preserving the artwork itself, Pustaka has also made efforts to document local arts in writing under the Sarawakiana series, The books are ‘Tan Wei Kheng-Discover Sarawak’ and ‘Culture and Heritage-Selected Sarawak Artists Artworks’ which are available to the public to purchase at RM30 each.  Pustaka has 31 Sarawakiana publications.

“As Pustaka continues to encourage local Sarawakian artistes, displaying these arts is one of the ways to inspire and empower people to walk in to the library, and maybe one day, the world over,” said Suria.

Among the artworks on display are by two renowned local artists – Noel Belulok, one of Miri’s most recognisable batik artists and his works can be found in many corners of Pustaka Miri from the corridors to the multimedia gallery and while walking up the stairs of the library one can find portrait paintings by local self-taught artist Tan Wei Kheng.

Suria said Tan’s works focus on the elders of Sarawakian tribal groups like the Penans, adding that Tan was fascinated by the beauty of the people in the interior – who he said look different from the people in the cities as they have unique practices like elongating their ears and plucking their eyebrows that add a delicate charm to their appearance.

“Through careful details, he delivered the beauty of Sarawakian culture by helping the humans come alive in his art.

Through portraits, the artist can document their culture through their ornaments, body art, fabric and so on in majestic and spectacular designs. Through Tan’s eyes, we can discover Sarawak,” Suria pointed out.

As for Noel, she said “The beauty of the land and the stories of its people are perfectly captured by the vivid colours and fluid strokes of Noel Belulok’s paintbrushes and wax pens.”

Walking into Pustaka Miri, it is hard not to be intrigued by the numerous paintings on the walls. On the first floor, you will be welcomed by paintings of motifs and batiks that captured the essence of traditional Sarawakian art and aesthetics.

Using the traditional method, among his artworks are paintings of local flora and fauna, a painting of vendors in Miri’s wet market, and a dedicated painting to Pustaka Miri of the building,” she added.

Other than works done by Tan and Noel, Pustaka Miri also has other collections of paintings by other prominent local artists. Among them are Awangko Hamdan Awang Arshad, Bladae Lasem, Hendrick Nicholas, Michael Chong, Raphael Scott Ahbeng and Sylvester Wielding Jussem.