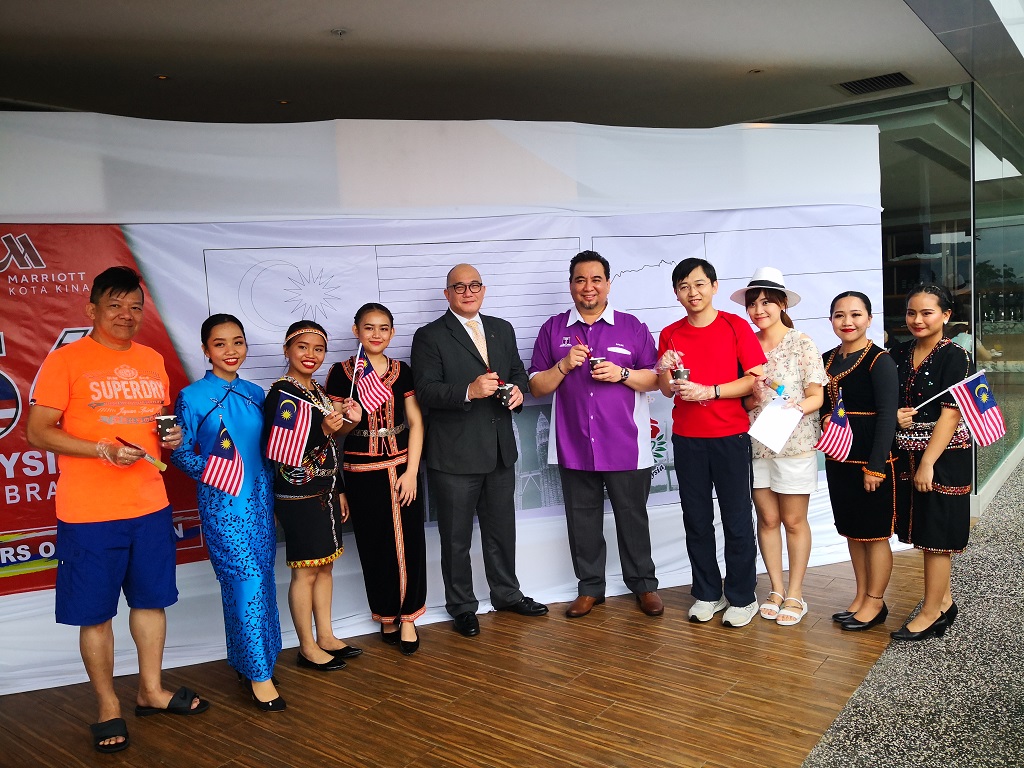 KOTA KINABALU: In conjunction with the upcoming Malaysia Day, Ascot Academy commemorated the celebration with Marriott Hotel, through the ‘Colours of Nation’ programme.

The programme was to appreciate the formation of Malaysia, said Ascot Academy chief executive officer Abdul Razak Egoh, which he hoped would be an annual tradition for the academy.

“Colour plays an important point as it translates to the flag of the nation. That is why we chose the theme ‘Colours of Nation’,” he explained at the launch of the programme at Marriott Hotel, yesterday.

The programme began with a group of Ascot Academy trainees singing patriotic songs in traditional attire, joined by hotel guests and staff at the poolside. Abdul Razak then began painting the national and State flags, alongside Marriott Hotel general manager Gordon Seet, as well as hotel guests.