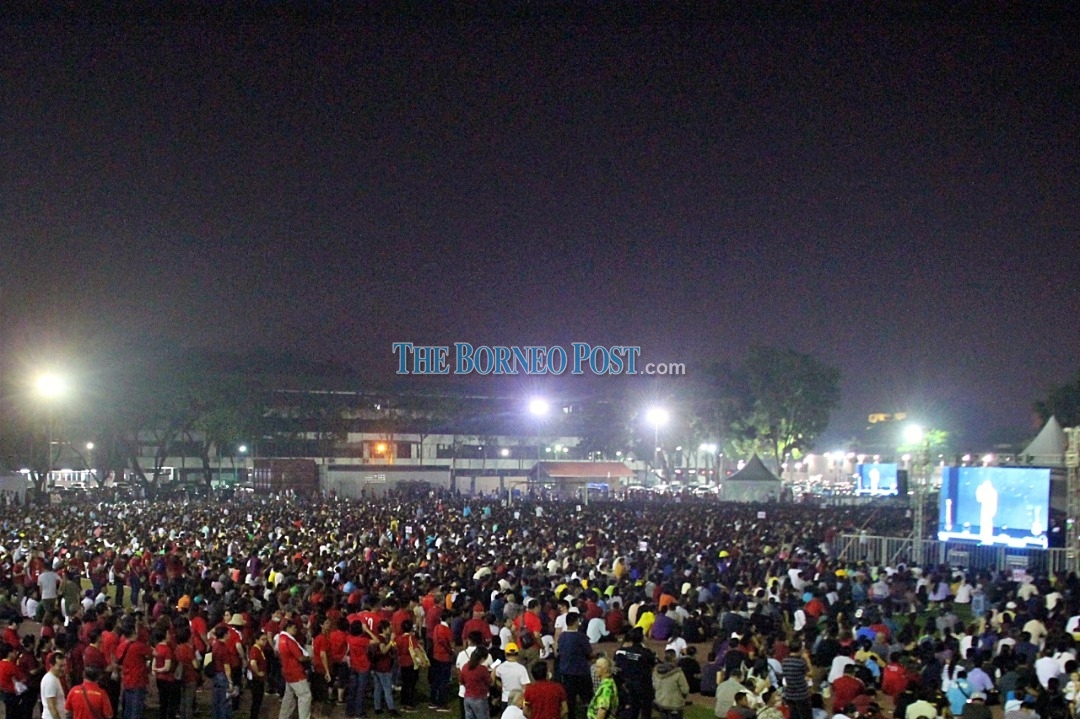 The Jubilee Ground in Kuching packed with thousands of people on the first Pentecostal Night.

KUCHING: Thousands of Christians from various denominations braved the haze at the Jubilee Ground here tonight for the Pentecostal Night, the largest event of its kind in the state.

A security personnel at the venue estimated that as many as 10,000 people were in attendance with some people parking their cars a good 30-minute walk away.

The faithful came from as far as Sabah, Brunei, Kuala Lumpur, and Indonesia for the two-night event themed, ‘Roh Kudus dan Penuaian’ (The Holy Spirit and the Harvest).

Heads of churches and senior clergy have called on Christians from various denominations to participate in the mammoth gathering  for praise, worship, sermons and prayer.

Organising chairman Dato Janang Bungsu had said that invitations had l been sent out to all Christian politicians from Sarawak, irrespective of political parties.

Some 25,000 Christians are expected over the two nights.

The air pollutant index reading as at 8pm was a very unhealthy 215.

Previous ArticleQueen, NGOs and MPs upset over the arrest of social media critics
Next Article Be a responsible donor