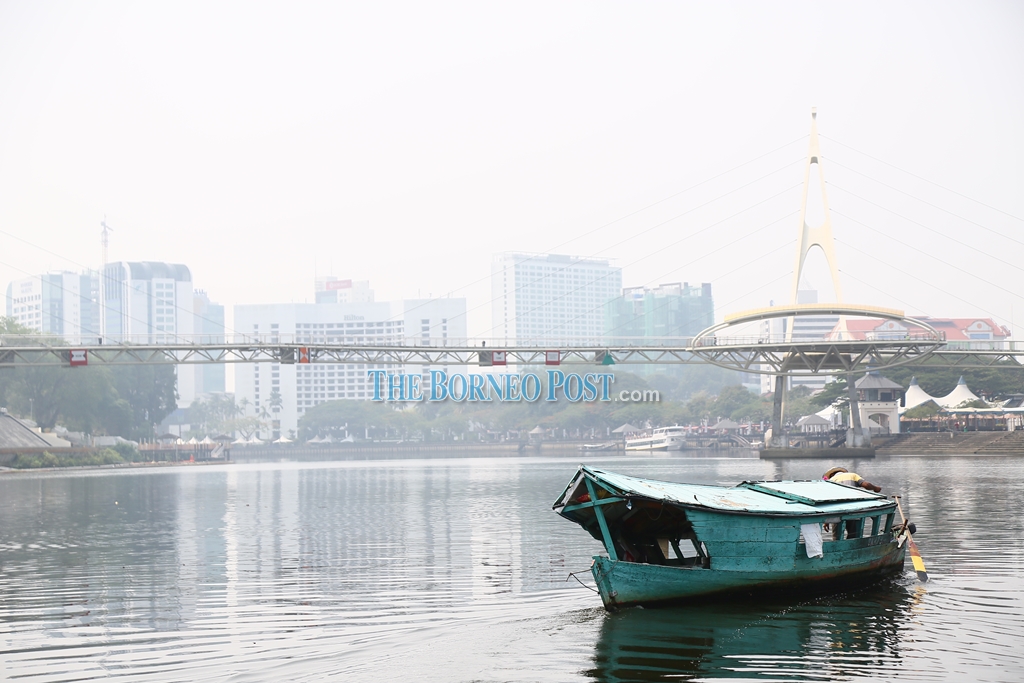 KUCHING: The Air Pollutant Index (API) reading here has hit ‘very unhealthy’ levels at 221 as of 10am today.

According to Department of Environment’s website, the API rose steadily from 156 at midnight to over 200 in Kuching, with Samarahan not far behind at 195.

Other divisions such as Bintulu, Sibu, Miri and Sri Aman also recorded unhealthy API readings above 100.

The Asean Specialised Meteorological Centre’s website today shows that the current wind direction is responsible for the return of the smog as it sweeps up the haze from hotspots and carries it over major towns and cities in Sarawak.

Meanwhile, the State Disaster Management Committee secretariat detected 14 hotspots in the state with three each in Sibu and Kapit, Miri (1), Limbang (2) and Kuching (5).

Members of the public are reminded to exercise caution by wearing N95 particulate face masks when outdoors and to minimise outdoor activities. Open burning has also been warned against by the authorities.