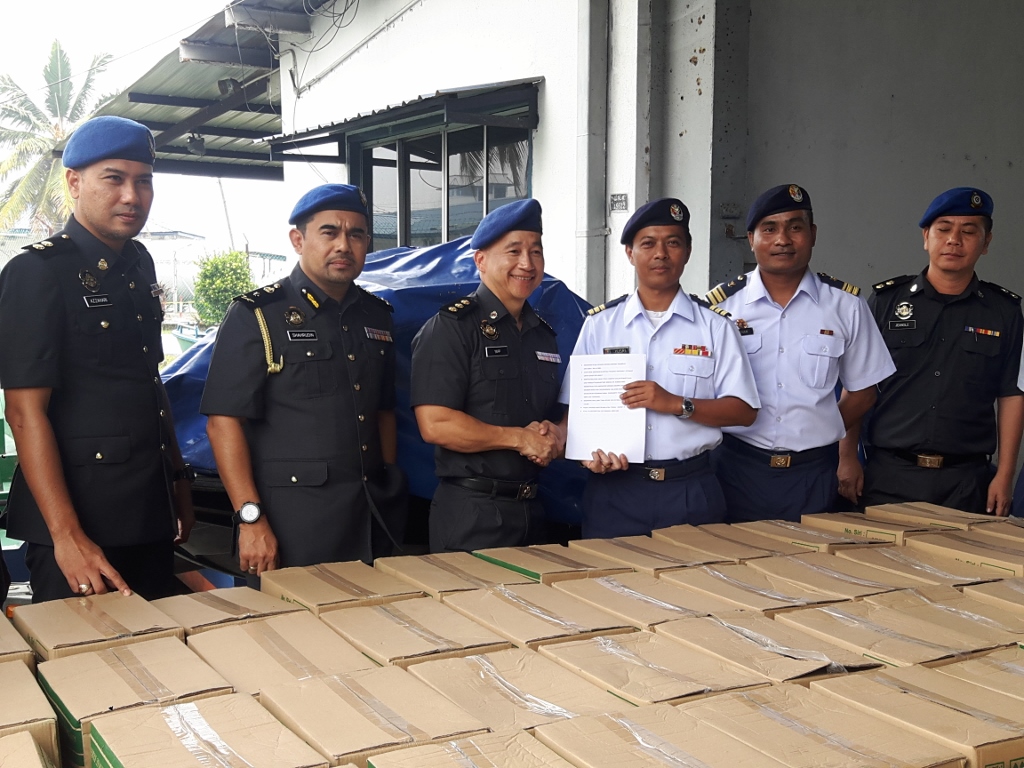 TAWAU: Malaysia Maritime Enforcement Agency (MMEA) foiled a smuggling attempt at Sungai Melayu River on Thursday and detained a 19-year-old local skipper near the Malaysia-Indonesia border after he failed to show valid documents pertaining to the cooking oil worth over RM14,000 seized from his ‘jongkong’ boat.

Tawau zone deputy director (operation), Mohd Yusri Hussin, disclosed at a press conference yesterday that MMEA personnel found 377 boxes with each box containing 17 packets of cooking oil which he believed were about to be smuggled out.

Mohd Yusri said, the seizure was the second biggest for MMEA Tawau this year involving controlled goods. He added the value of the seizure including the boat and its engine was worth about RM45,000 and that the skipper has been detained for further action under the Supply Control Act 1961.

The seized cooking oil worth over RM14,000 have been handed over to the Ministry of Domestic Trade and Consumer Affairs (KPDNHEP) officers