Friday, August 14
You are at:Home»News»Two killed in head-on collision with SUV at Jalan Astana, Petra Jaya 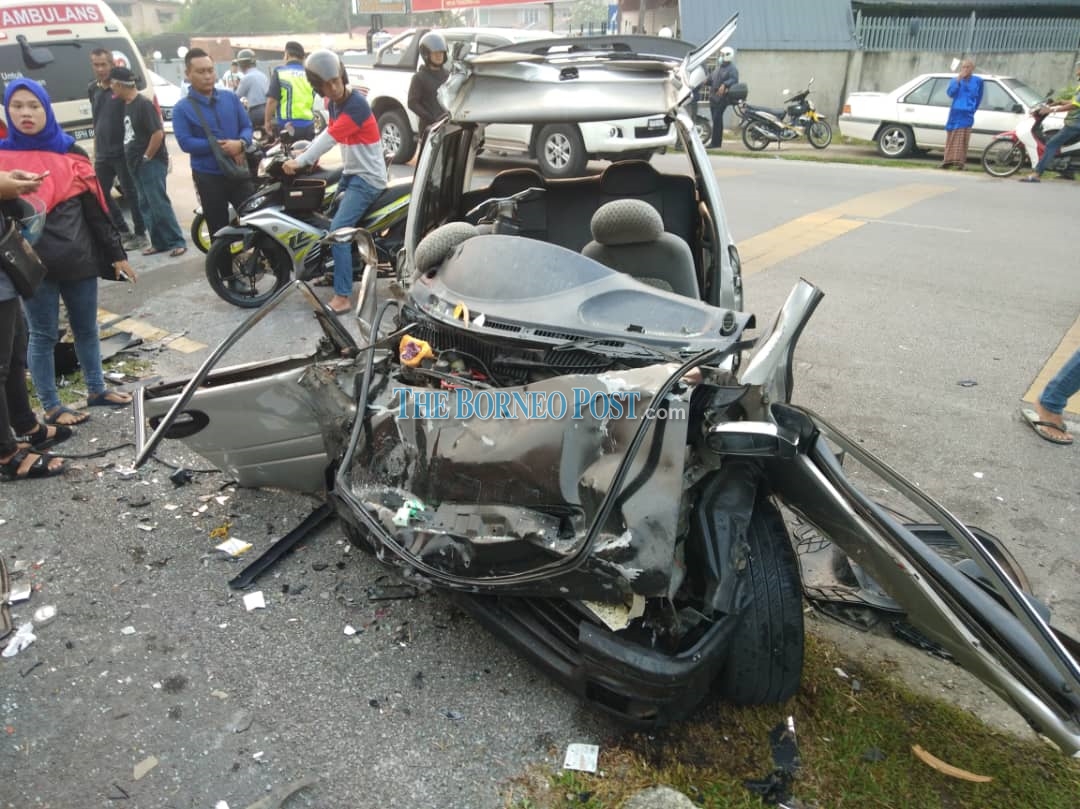 The mangled Perodua Kancil after the accident.

KUCHING: A man and a woman were killed in a road accident at Jalan Astana, Petra Jaya here at about 6:45am this morning after their vehicle was involved in head-on collision with a sports utility vehicle (SUV).

The victims were identified as Recco Juiem, 33, and Salome Michael Abang, 34.

Medical personnel at the scene confirmed that the two died on the spot due to serious head injuries sustained in the collision.

Both worked at the Samajaya Free Industrial Zone.

According to Sarawak Traffic Investigation and Enforcement Department chief Supt Alexson Naga Chabu, who confirmed the case, initial investigations revealed that the victims were travelling in their Perodua Kancil when it suddenly swerved into the path of the oncoming SUV, driven by a 43-year-old man.

The driver of the SUV escaped unhurt in the crash.

Both victims were sent to the Sarawak General Hospital for a postmortem and the case is being investigated under Section 41(1) of Road Transport Act 1987.