Monday, February 6
You are at:Home»News»Sabah»Jollibee receives official halal certification
For the freshest news, join The Borneo Post's Telegram Channel and The Borneo Post on Newswav. 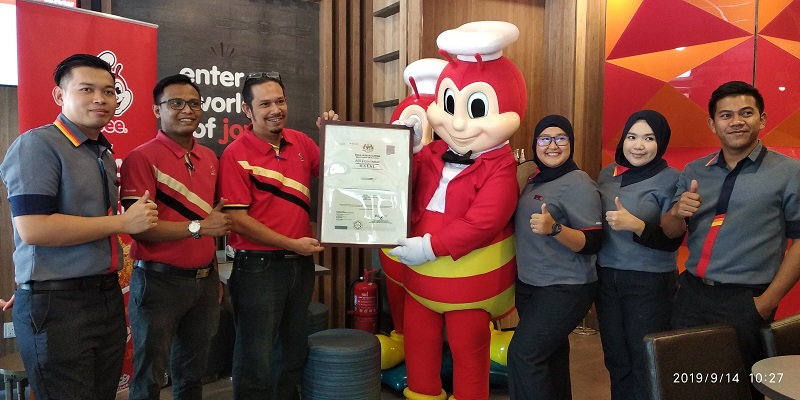 Its general manager, Khairul Nidzam Abu Bakar said Jollibee, which opened in December 2018, has always aimed for the satisfaction of its customers.

“With the growing demand for halal food and products from different sectors of consumers, receiving this halal certification manifests the fruit of our efforts to please our customers,” he said during a press conference at its premises in Centre Point mall, yesterday.

He also added that the certification came after a rigorous six months of accreditation process to ensure strict adherence to halal standards.

Meanwhile, Jollibee restaurant manager, Shahzul Izzil Sham Al-Rashid Zulkefli said halal compliance is a stamp of quality and wellbeing and the halal certification helped to ensure, create and build trust among the customers.

“As for Jollibee Malaysia, we are sure that the safety requirements are implemented accordingly which results in quality foods,” he added.

Jollibee is the dominant market leader in the Philippines, with a store network bigger than its next two competitors combined.