Thursday, June 4
You are at:Home»News»Oil royalty: We will discuss – CM 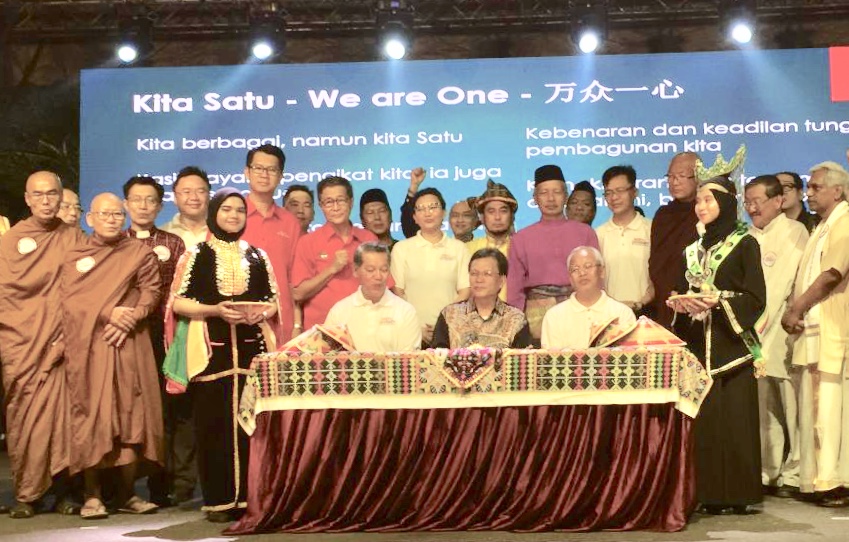 KOTA KINABALU: Although the nation is currently facing a financial dilemma, it has to be made clear that Sabah too has its own financial problems.

Chief Minister Datuk Seri Shafie Apdal stressed that what is important now is to determine how the country and state can best mitigate this problem.

Shafie said this when he was asked to comment on Finance Minister Lim Guan Eng’s recent statement, whereby the latter had said that the Federal Government is currently unable to fulfill its promise of giving the 20% oil royalty to Sabah and Sarawak as the country is still saddled with a huge debt left from the previous administration.

“We realize that the nation is having problems with financing but at the same time, Sabah is having problems too. What is important here is how best we can mitigate that,” Shafie told reporters when met at Unity Solidarity in Diversity Programme last night.

He said that he would have to discuss the matter further with Lim.

“I have to consult him (Lim) because we have several meetings with them (the Federal Government)…we will see how it goes. I have yet to be informed about that (Lim’s statement),” said Shafie, who is also the State Finance Minister.

He explained that all other options would have to be detailed out further.

“There shouldn’t be an exemption when it comes to the development of Sabah. Sabah needs only a little amount of money; but of course we are lagging behind as compared to the other states in the country,” he added.

When asked to comment on his upcoming visit to Kuching for the national-level Malaysia Day celebration, Shafie expressed his hope that Sabah would be hearing good news and announcements from Prime Minister Tun Dr Mahathir Mohamad.

Previous ArticleIf not for Umno’s loss, PAS ties would have been unlikely – Loke
Next Article Nun is oldest to receive Level 3 certificate in Early Childhood Care and Education