Tuesday, January 28
You are at:Home»News»Haze fails to deter 2,000 at Saberkas Run 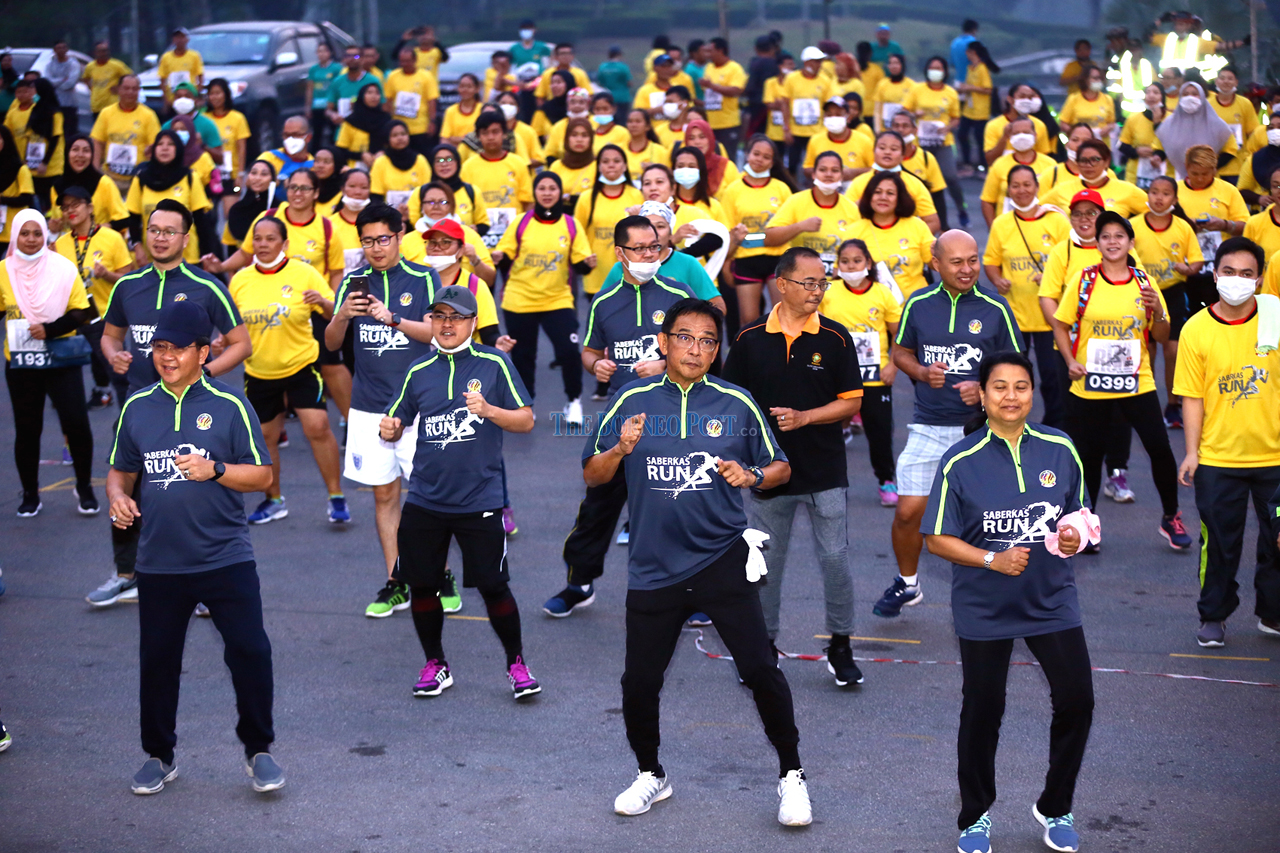 Abdul Karim (second right, front) and others at a warm-up session. — Photo by Muhammad Rais Sanusi

KUCHING: About 2,000 people including children braved the very unhealthy air at 6am yesterday for Saberkas Run 2019, which was revived after a 13-year lapse.

He was representing Chief Minister Datuk Patinggi Abang Johari Tun Openg to launch the run which was divided into two categories of 3km and 7km.

As of 6am, the air pollutant index (API) reading in the city exceeded 200, which was ‘very unhealthy’.

In a brief address to the runners, Abdul Karim said the haze situation seemed to have improved compared to last Saturday.

“Those of you who have asthma should not go for the run. In Beijing and India, the API exceeds 200 every day, people can live with it. Sometimes, our body system needs to be stretched to the fullest. I know doctors won’t agree with me, but then sometimes we need to stretch our body to the fullest including our respiratory system,” said the Minister of Tourism, Arts and Culture.

Abdul Karim noted that Saberkas Run was last held in 2006 and hoped that after its revival this year it would be held annually.

Speaking to journalists after the flag-off, Abdul Karim said an accident happened during Saberkas Run 2006 and the organiser was issued a summons over the incident.

“So Saberkas stopped the event, and this year we revived it along with other healthy activities.

“This Saberkas Run is to promote unity among our people as well as enhance a healthy lifestyle among the community particularly members of Saberkas, the largest youth organisation in Sarawak,” he said.

He added that he looked forward to seeing the Saberkas Run offer longer route than this year’s 7km.