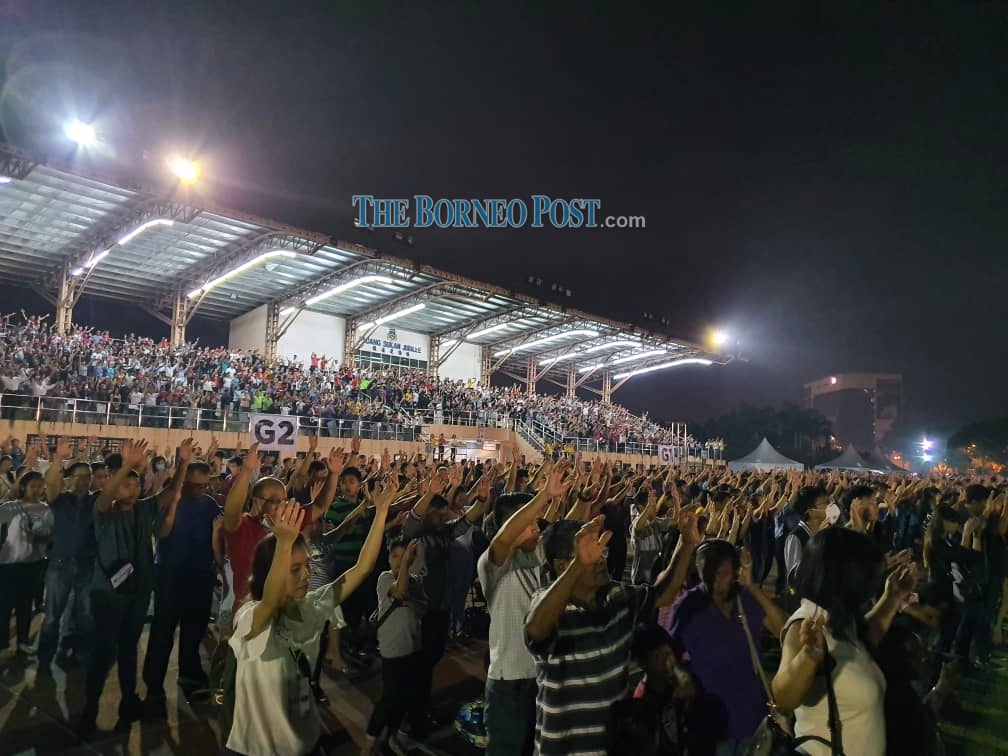 KUCHING: The recently concluded Pentecostal Night, the largest event of its kind in Sarawak, could be summarised as a new wave of revival, opined its organising chairman Dato Janang Bungsu.

“Seeing the old and young as well as church leaders from the various denominations gather was like a new wave of revival. There has never been a get-together of such scale and it was encouraging to see so many Christians gather,” Janang told The Borneo Post earlier yesterday.

According to Janang, over 50,000 Christians came over the two nights of the gathering held at the Jubilee Grounds on Sept 14 and 15.

“There were those from Miri, Bintulu, Sibu, Kuching as well as Kuala Lumpur, Sabah, Brunei and Indonesia,” he said.

He expressed hope that those who came for Pentecostal Night could take the spirit of revival back to their respective homes and “give back” to those in the interior with the belief that whatever affects a person spiritually can also affect physically, emotionally and mentally.

He added that will be no more such events this year, although they hope to hold one next year.

“We’ll see where the Lord’s direction takes us next year. This mammoth gathering requires cost and figuring out logistics, but we would like to hold another gathering next year.

“One of the events next year will be a gathering organised by the youths in Sri Aman,” he concluded.

Previous ArticleMetMalaysia: Cloud seeding for Kuching, Sri Aman to start this week if weather permits
Next Article Masing: Bid to restore equal partner status to S’wak did not fail, Putrajaya in midst of review