Monday, March 1
You are at:Home»News»Sabah»Lee to step down as Niosh chairman after 27 years 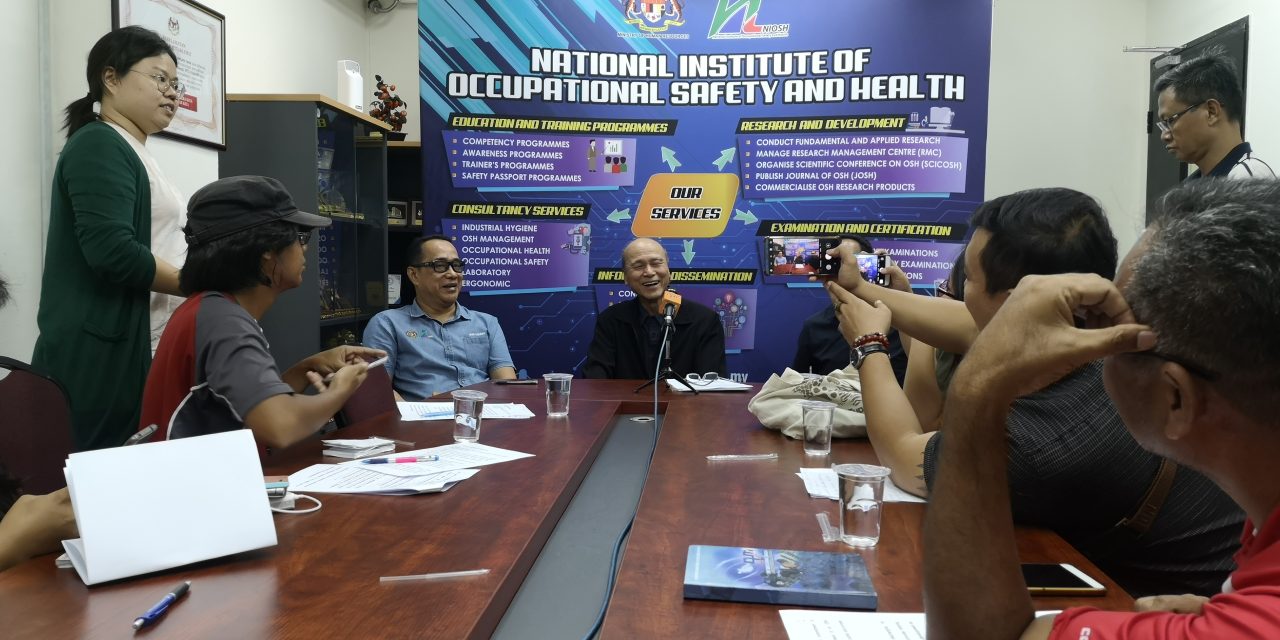 Lee sharing a light moment with members of the media during, what he said, was to be his last press conference as the chairman of Malaysia Niosh.

KOTA KINABALU: Malaysia’s National Institute of Occupational Safety and Health (Niosh) chairman, Tan Sri Lee Lam Thye is leaving Niosh after 27 years of providing his service and being the strong voice that has made Niosh a well-known name among industry players.

Lee said that his last days with Niosh Malaysia is on Sept 20.

He said that he felt proud because he had given all his effort to ensure Niosh became a firm and strong insitute that is accepted by industry players in terms of the promotion of occupational safety and health, for the provision of training and skills in the field of occupational safety and health, for the reduction of work related accidents and its related field.

“The hard work has been worth it,” he told press members.

He also informed that the press conference yesterday held at the Niosh office in Kota Kinabalu would be his last as its chairman.

He added that he felt sad that he had to leave but stated that if his service was no longer needed, then he had no choice but to leave.

Nevertheless, he said that he would continue being active and that presently, he is holding three major positions at three distinct organisations in West Malaysia.

“I have to find RM4 million every year to implement the programmes that are there to help the students who are under the foundation,” he said of his role at Eco World.

Some of those assisted are from Sabah, he said.

“So you see, I am giving my life to serve the people. I have no business. I am not a businessman. I am one who serves the society. An activist for the people, a social activist, a welfare activist and an animal activist because I am interested in the welfare of animals, too,” he said.

He also expressed his gratitude to members of the media throughout Sabah for their assistance in disseminating information concerning Occupational Safety and Health.

He said that although he would no longer be with Niosh, he would continue to promote Occupational Safety and Health (OSH) issues.

He stressed that it is important that OSH becomes a culture for all industry and for employers to ensure their workers are equipped with the skills and ability to ensure its effective implementation.

“Leading effectively means knowing how to inspire people to channel their energies towards adopting OSH best practices. The quality of leadership shown by the management is vital in developing high standards of health and safety practices,” he said.