Sunday, August 9
You are at:Home»Business»US-China trade war a ‘gold rush’ for furniture sector 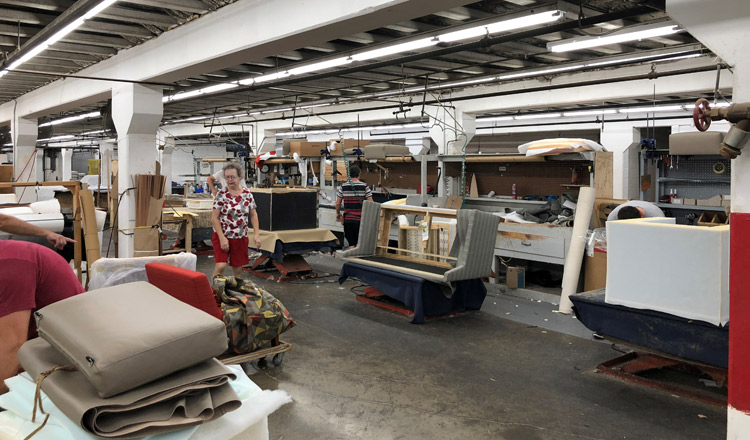 As furniture exports from Malaysia are spared from the tariff, this translates to a tremendous price advantage for Malaysian furniture exporters over their Chinese peers in the US market.

KUCHING: The furniture sector in Malaysia is a clear winner of the trade diversion arising from the US-China trade war.

This comes as US Commerce Department first slapped a 10 per cent tariff on furniture imports from China in September 2018. The tariff has been raised to 25 per cent since June 2019 and will be further increased to 30 per cent from December 2019.

As furniture exports from Malaysia are spared from the tariff, this translates to a tremendous price advantage for Malaysian furniture exporters over their Chinese peers in the US market.

“They could also ride on it by entering into joint ventures with Chinese parties,” it said in a special report on the sector. “We understand that Latitude Tree, for instance, is currently in JV talks with no less than six Chinese parties.

“We gathered that a JV with a Chinese partner could take the form of a “rerouting” model where the Chinese JV partner ships the close-to-finished product from China to Malaysia, where the Malaysia partner puts the finishing touch on the product before being re-exported to the US as a Malaysia-made product.”

The JV could also take the form of a more “genuine” model where both parties build on each other’s strengths to produce the product in Malaysia and market it in the US market, AmInvestment Bank added.

“The Malaysian partner could provide land and buildings, labour and local knowledge including the supply chain. On the other hand, the Chinese partner could bring in scale, additional capital, new technology and a more extensive international clientele.”

One key observation highlighted by the research firm was that the US-China trade war has not set off the relocation of production bases of multi-national companies to South/Southeast Asia from China.

“It has instead sped up the process that already started years before when China was gradually losing its advantage as a low-cost manufacturing base due to rising land and labour costs,” it saw.

“Vietnam has been the top choice for relocation from China given its low wages, a sizeable workforce and domestic market. However, the influx of foreign investments has pushed up land prices and labour cost, created bottlenecks along the supply chain and choked the public infrastructure such as roads and ports.

“This brings foreign investors’ attention to the alternatives such as Malaysia, Thailand, Indonesia and South Asia.”

Meanwhile, AmInvestment Bank was mindful of the potential competition posed by foreign players (particularly, the Chinese), if they decide to set up their manufacturing plants in Malaysia.

“In the case of wood-based furniture under the blue-sky scenario, it only takes a foreign player about 18 months to build the factory, train the workers and commence production.

“Armed with capital and efficiency, they will surely give the local players a run for their money. We believe the only way the local players can defend their turf is to boost efficiency (including investment in automation to counter the ever rising labour cost), step up product innovation, and offering and expand their global market reach.

“Irrespective of the eventual outcome of the US-China trade war, we believe multi-national companies will have to acknowledge that world trade has changed, with protectionism and nationalism trumping over liberalisation and globalisation.

“As such, geographical diversification will become an important consideration — at the expense of cost and the availability of a more complete supply chain — when it comes to picking the locations for their manufacturing bases.

“This could potentially usher in a “manufacturing renaissance” in Malaysia, including furniture. We are more inclined to believe that the latest development is a game changer, instead of just a “gold rush” for the furniture industry in Malaysia.”