Wednesday, June 3
You are at:Home»News»Sabah»Man killed as vehicle collides with express bus 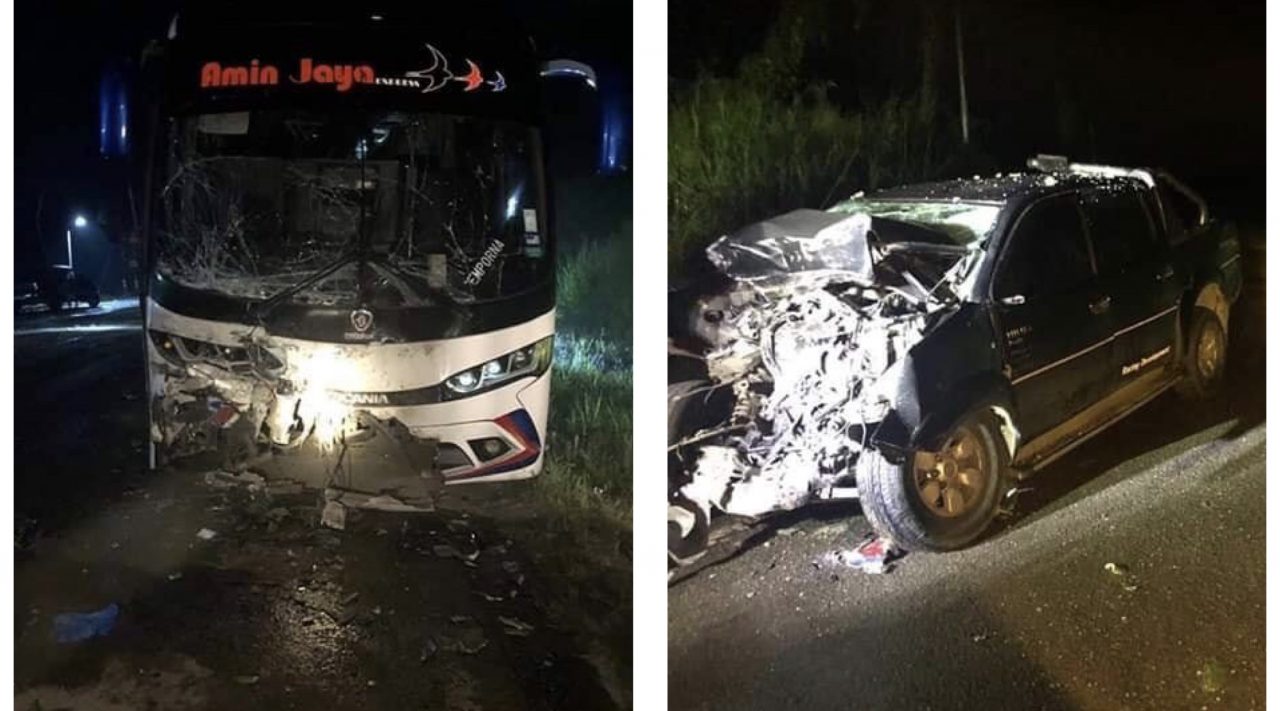 The badly damaged four-wheel-drive and express bus after the collision.

RANAU: An 50-year-old man was killed when his four-wheel-drive vehicle collided with an express bus at Km 142, Kota Kinabalu/Sandakan Road, near Kampung Sagindai on Monday.

Mangsa R. Ramesh died at the scene due to severe head and body injuries in the 10.15pm incident on September 16.

“Police believe the victim may have lost control of his vehicle before it rammed into the express bus head-on.