Thursday, May 28
You are at:Home»News»Sabah»Pandikar hails Anwar as ‘last samurai’ to fight for Sabah’s rights 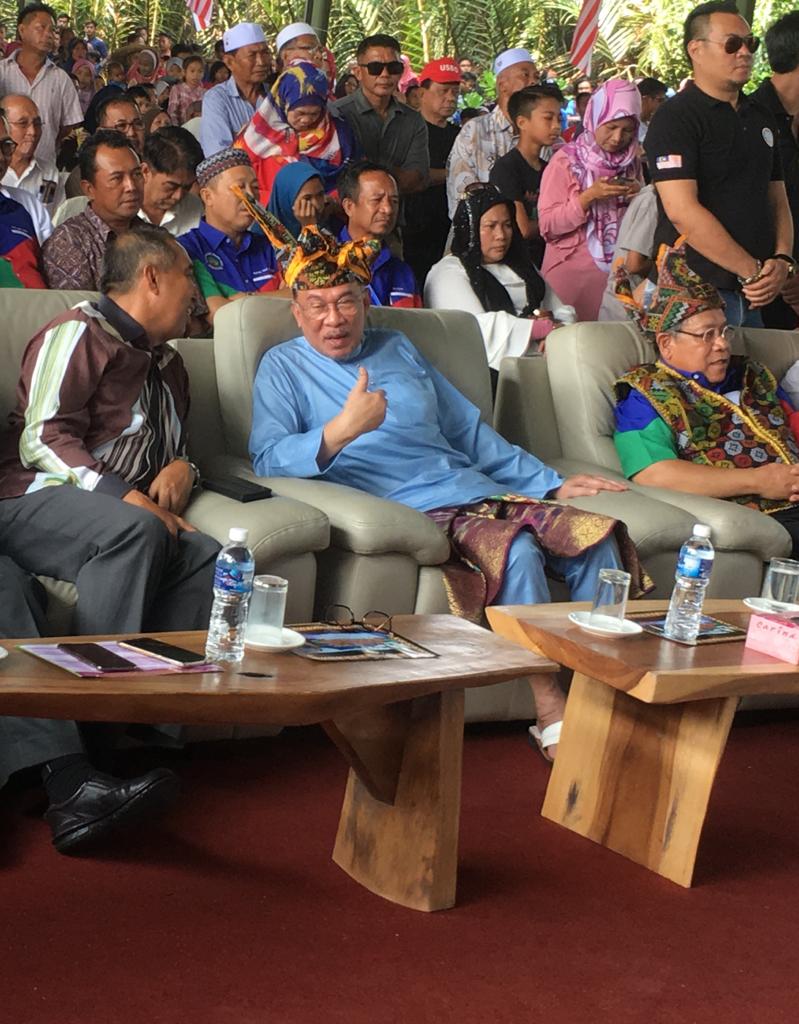 Anwar (centre) at Usbo’s Malaysia Day event together with Pandikar (right) and Salleh.

KOTA BELUD: Former Umno leader Tan Sri Pandikar Amin Mulia has pledged his support for PKR president Datuk Seri Anwar Ibrahim, but stressed that it has nothing with politics.

He said he supports Anwar because he believes in his Reformasi movement, and is of the opinion that Anwar is the ‘last samurai’ who can fight for Sabah’s equal rights.

Anwar, who was present at the United Sabah Bajau Organisation’s (Usbo) Malaysia Day event here yesterday, also confirmed that both Pandikar and his former Umno ally, Datuk Seri Salleh Said Keruak, will not be joining PKR.

“We (want to) feel that we are an equal partner with the Peninsular. So that’s the responsibility you (Anwar) have, that’s why I said you are the last samurai to defend that,” Pandikar told reporters when met after the event.

“He has yet to implement that and we must give him the benefit of the doubt and a chance to implement what is in his mind – to be in a position where he can do that,” added Pandikar, who is also Usbo president.

The former Dewan Rakyat speaker had also apologized to Anwar for comments he made during the Sandakan by-election in May regarding the government fulfilling its pledge to reduce fuel prices.

In view of this, Anwar said he is thankful for Usbo’s support towards him.

“Today’s programme is about culture and that is what we have talked about. I am touched that they (Usbo) have given us their support. There is no talk about political parties here today,” said Anwar.

“My responsibility will be to carry on this cooperation and discussion,” added Anwar.

Meanwhile, Salleh said that Usbo is in full support for Anwar to be the next Prime Minister, succeeding Mahathir.

“Anwar is on the right track to save Malaysia. We have to find a leader that can save Malaysia, because, as of now, I can see there are extreme politics – which is very dangerous and against the principles of MA63. The basis of MA63 is that there is no concept of ‘Ketuanan’,” said Salleh.