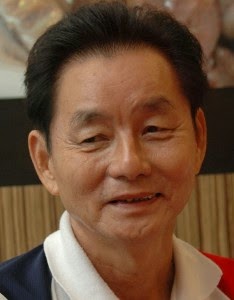 The writ of summons filed through Kong’s counsel Messrs. Chung and Associates on July 16 is claiming for damages, including exemplary and aggravated damages.

It charged that Jimmy had caused the publication of malicious statements in various newspapers that were calculated to mislead the public and to embarrass and cause damage to Kong and his company, and to disparage his business and reputation as a property developer.

It also cited that Jimmy had caused the publications of press statements in the newspapers on July 19, 2018 in regards to the controversy popularly known as “Tawau Sabindo ‘open space’ case” which contained words which were defamatory of Kong and his company.

The words imputed that Kong and his company were guilty of criminal offences which are punishable by imprisonment, it said.

The writ cited that the news report published in a local newspaper on July 19, 2018 reported that, “State Assistant Minister Jimmy Wong Sze Phin urged the developer of an ‘unfinished building’ on the open space in Sabindo to demolish it as soon as possible or risk being hauled up for contempt of court.”

Kong in a statement yesterday said that Jimmy was also quoted as saying that only by doing so that he would withdraw the committal proceedings filed against Kong on July 17, 2018 through a group of 10 ratepayers.

The committal proceedings were aimed to chiefly punish Kong who allegedly disobeyed a court ruling.

Kong said Jimmy had opined that given the nature of the breach is a criminal offence (contempt of court), in the event that the court allows this application, the developer would be subjected to legal sanctions.

He even offered to share half of the court fees with Jeramas and contribute the balance of 50 per cent to the demolition cost, Kong disclosed, adding that Jimmy also apologised to the public that the said unfinished building has not been demolished within 100 days after the new government came into power, as he had promised before the last general election.

“I am agreeing with the move of the plaintiffs to take legal action against the developer because the developer must be held responsible for what he did and cannot be allowed to run scot-free.

“As a people’s representative, I have the obligation to protect the green lungs in Tawau and the interests of the people there. Again I must stress that there is due process in serving justice and the law must take its course,” Jimmy was reported as saying.

Jimmy was quoted to have said that it is important for the building to be demolished and the area restored back to its original position. However, it is also equally important to ensure the rule of law and due process is respected.

Jimmy pointed out that the case has been on going for more than a decade and justice has yet to be served. He maintained that the developer had clearly and unequivocally acted in breach of the court order.

He also added that the defiance of the developer to the court order shows that the latter does not respect the rule of law and legislation that are readily available in our country.

Subsequently in a press statement issued on July 15 which was published in a local Chinese daily, Jimmy said he would be filing a fresh, amended court order for committal proceedings against Jeramas.

He acknowledged that this was because the High Court had recently dismissed the ratepayers’ leave for committal proceedings against Jeramas and Kong due to technical issues as the Amended High Court Judgement and Amended High Court Order were never served personally on the developer and Kong.

Besides, they also did not demand for the developers to dismantle the uncompleted building on the said parcel of land involved in the joint venture project.

The said dismissal was handed down by High Court judge Alwi Abdul Wahab in Tawau High Court on May 13. Jimmy thus said the ratepayers will amend the court order to include the demand ‘to dismantle the uncompleted buildings’ and resubmit it to the High Court to compel the developers to dismantle the structure.

Kong was of the opinion that Jimmy’s latest statement clearly showed that the latter and his group of Pplaintiffs’ action to cite him and his company for contempt of court was made in bad faith (and) largely based on false charges right from the beginning.

He pointed out that during the trial held on October 6, 2008, the then Sabah Attorney General Datuk Anthony Roderic Fernandez who acted for Tawau Municipal Council (TMC) had unequivocally informed the High Court that the said piece of land in question in the said joint venture was a ‘state land’ and not ‘public open space’ as wrongfully claimed by the ratepayers.

Kong also maintained that his company Jeramas entered into a joint venture agreement with Tawau Municipal Council in 1996 to develop its five parcels of land, namely Blocks A & D and Blocks B, C and E respectively at Bandar Sabindo after the Local Government and Housing Minister had given his approval.

He is thus both puzzled and regrets that Jimmy who is currently an assistant minister in the ruling state government and could have easily verified all the facts and evidence presented in the court during the trials about the actual status of the parcel of land was adamant in filing a fresh committal proceedings against him and his company.

Kong further noted that the state government had recently issued the land title for the said piece of land (Block B) to TMC for it to proceed with commercial development.

“This (the issuance of the land title) is solid evidence that all this while Jimmy has been misleading and instigating the public and the state government over the said joint venture development using false charges,” said Kong.

He thus wondered what was the motivation behind Jimmy’s adamant move to mislead the public and the relevant government departments concerning the legality of the said joint venture development besides his sheer determination to commit him (Kong) to imprisonment over the fictitious, non existent ‘contempt of court’ offence.