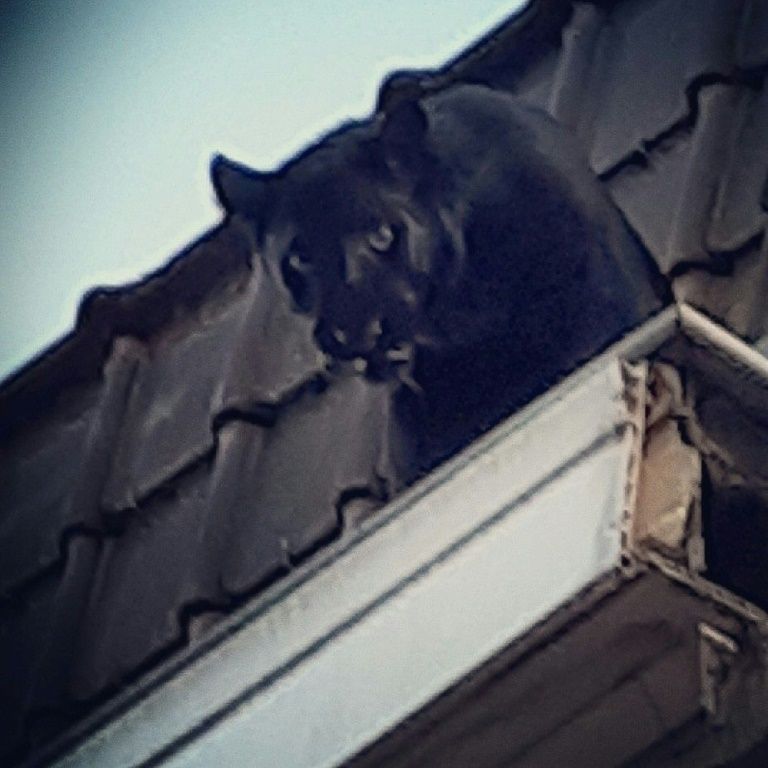 FRANCE: A black panther found roaming the rooftops near the northern French city of Lille like a stray cat on Wednesday evening was captured after being cornered inside a home, local authorities said.

The regional fire department tweeted pictures of the big cat, one of which showed it peering in the top-floor window of a three-storey red-brick building.

Another showed it staring out over the city, ears pricked, like one of the stone gargoyles that jut out over the facade of Notre-Dame cathedral in Paris.

“Called out… for a dangerous animal, the northern fire service was confronted with a big feline roaming the gutters,” the fire service tweeted.

The regional La Voix du Nord newspaper reported that the panther, which had escaped from a private apartment, “stopped sometimes to watch a train pass or a cat slinking by on the pavement below.”

The police first threw up a security cordon around the building, and when the cat slipped into the window of an apartment believed to be its home, a veterinarian was called in to dart it with a tranquiliser.

The panther’s owner meanwhile is believed to have escaped through the same window, fearing being charged with illegal ownership of a wild animal.

After being tranquilised, the ink-black feline, which is believed to be five to six months old, was taken away in a cage and handed over to France’s animal protection league.

They are often alerted by videos circulating on social media offering the creatures for sale. – AFP