Thursday, June 4
You are at:Home»News»Sabah»CM assures discussion on MA63 going well and in progress 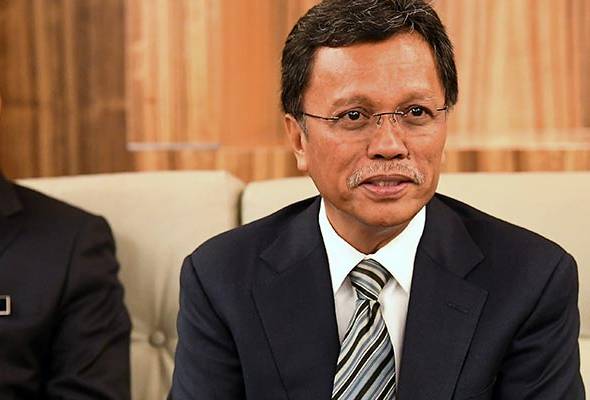 He said that some of the promises in the agreement had already been realised, citing the recent handover of administration of the Sipadan and Ligitan islands to the State Government as one of the fulfilled promises.

“There are also other initiatives (to fight for rights under MA63) but I am not the one who should announce it. He (Prime Minister Tun Dr Mahathir Mohamad) had only revealed one announcement (during his Malaysia Day speech in Kuching).

“Actually, there are a lot of initiatives that we had already reached and realised together with the Federal Government, which include land and forest. These are some of the things that we have discussed,” he said.

“It is progressing well. We are still discussing on the oil royalty and the 40 percent revenue rights. These are some of the things that we are working on,” added Shafie, when met after the launching of the ‘Best of Sabah Holiday Packages 2019/2020’ Domestic Campaign at the Kota Kinabalu International Airport (KKIA) yesterday.

He gave the assurance after a reporter had asked him to divulge the details of his recent meeting with Mahathir after the recent national-level Malaysia Day celebration.

“We discussed on how we can develop the country. There is a need for us to work together. There is also a need for Sabah, as a state, to play a role (in that development). We understand that the cooperation between Federal and State Governments is important as the state is rich in resources – something that can be of benefit to all of us. That is what our discussion was about. We had also given briefings (to Mahathir),” said Shafie.

When asked to comment on the disappointment felt by some Sabahans over the fact that there was no special announcement during Mahathir’s much-awaited Malaysia Day speech, Shafie said that he would continue to hold discussions with the Federal Government on that matter.

He said that Mahathir might have to cut his speech short during that event as it was already night time and therefore he was not able to reveal all the good news regarding MA63.

During his Malaysia Day speech, which took place on September 16 in Kuching, Mahathir had announced that the Pakatan Harapan-led Federal Government would continue to pursue efforts to restore the status of Sabah and Sarawak as equal partners.

This includes the handover of the administration of the aforementioned islands. However, it should be noted that this did not include security matters, as such matters would remain under the jurisdiction of the Federal Government.