Monday, May 23
You are at:Home»News»Court»Murder: Bleach could be used to get rid of DNA, court told 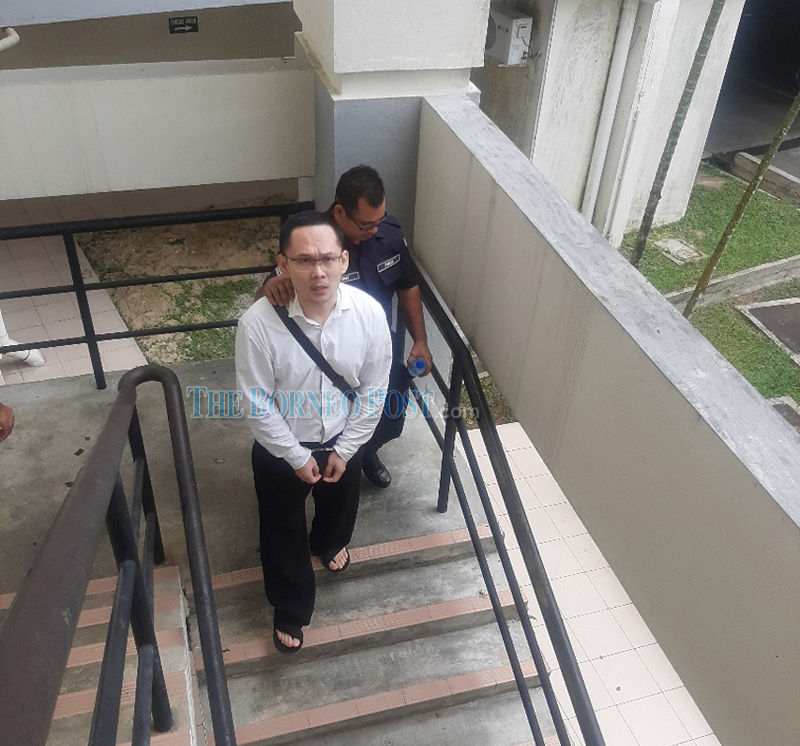 Wong is led to the holding cell at the courthouse.

KUCHING: Bleach could be used to dispose of DNA evidence, according to a chemist testifying in the trial of Wong Zing Haw, a pharmacist from Sri Aman who is accused of killing his wife in March last year.

The chemist, who is among 20 witnesses called by the prosecution, also told the High Court here yesterday that the bleaching products submitted as case exhibits could have been used to get rid of DNA.

“Bleaching products can be used to destroy DNA evidence but, to re-confirm this, those who are experts in this field would need to be consulted,” the chemist said.

The prosecution, meanwhile, said it is unusual for the public to have such cleaning products in large quantities, referring to the three large bottles of bleach and a large bottle of biodegradable cleaning product which had been submitted as case exhibits.

The trial has so far seen 65 items submitted as case exhibits before Judge Azhahari Kamal Ramli.

Wong, 43, is accused of murdering his wife, Chinese national Yang Xi, 31, whose decapitated head was found along the bank of Batang Lupar, Jalan Skait Lama in Sri Aman on March 3, 2018. The rest of Yang’s body has never been found.

He was arrested March 4, 2018 after police found several inconsistencies in his statement regarding the disappearance of his wife, whom he claimed had run away several days prior. He is charged under Section 302 of the Penal Code, which provides for the mandatory death penalty upon conviction.

Prosecution is led by DPP Musli Abdul Hamid while Wong is represented by Muhammad Fairuz Masri and Jubilant Austinway.