Saturday, October 24
You are at:Home»News»Crime»Properties, vehicles, bank accounts worth over RM6 mln seized from automobile cooperative in Kuching in anti-money laundering raid 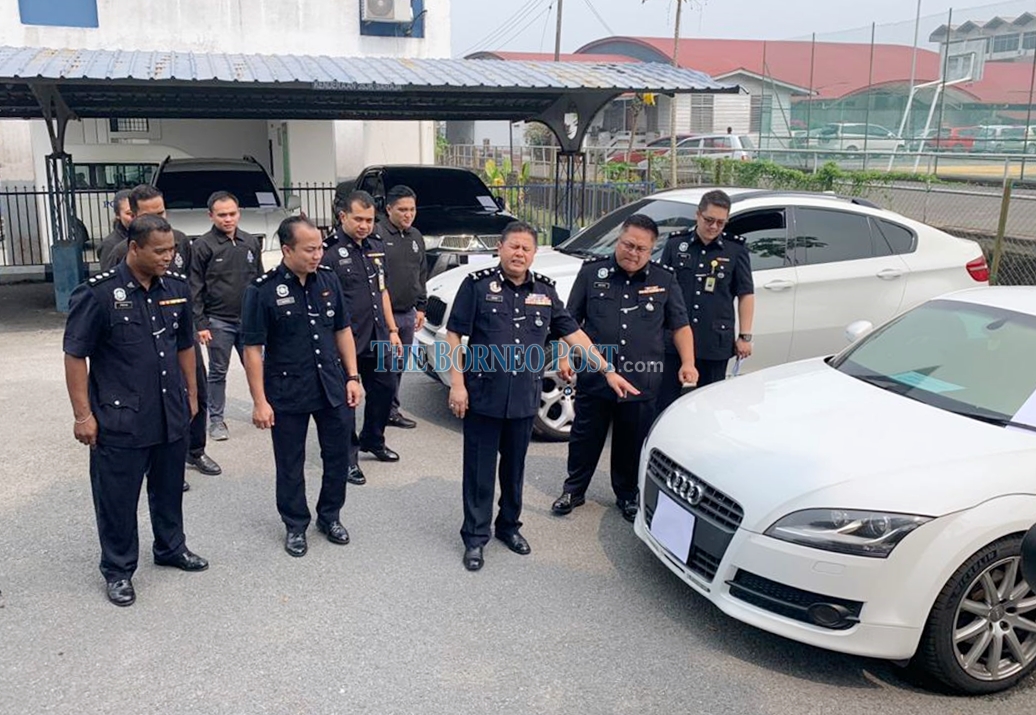 Azlan pointing to one of the vehicles confiscated in the raid.

KUCHING: Three suspects who headed a local automobile cooperative are under investigation for alleged abuse of funds under the Anti-Money Laundering, Anti-Terrorism Financing and Proceeds of Unlawful Activities Act (AMLATFPUAA) 2001.

“The monetary trail and investigation of these confiscated properties are still ongoing under Section 4(1) of the AMLATFPUAA 2001,” he told a press conference today.

According to Khalil Azlan, the said cooperative was appointed to receive funds from the government to conduct the Automotive Workshop Modernisation (Atom) Programme and Retail Shop Transformation (Tukar) Programme in Sarawak.

“The funds have been channeled to the cooperative in stages since May 2012 with the total of RM7.5 million. Between 2012 and December 2017, three suspects who were the chairman, secretary and treasurer then, have been found to have misused funds of RM3.4 million, which was supposed to be for the Atom programme.

“On Sept 21, 2018, an investigation under Section 409 (criminal breach of trust by public servant or agent) of the Penal Code was conducted by the Commercial Crime Investigation Department, Sarawak Police Contingent Headquarters following a Bintawa police report,” he said. 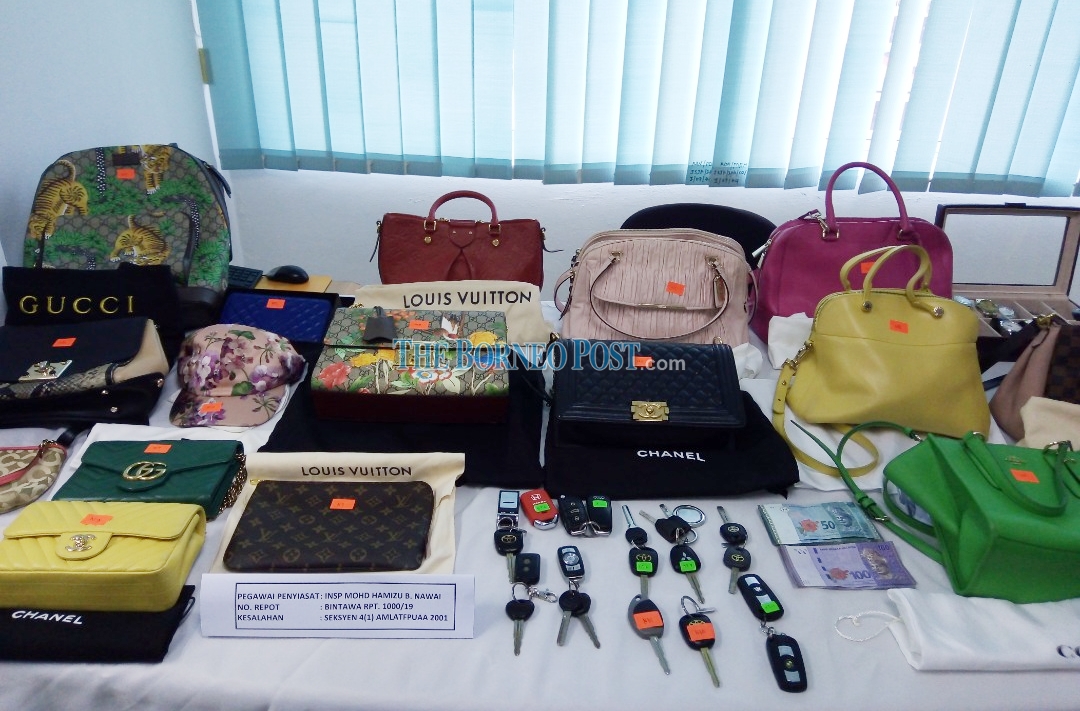 Items that were confiscated from the suspects and their associates.

Khalil Azlan further explained that on June 26 this year, an investigation under Section 4(1) of AMLATFPUAA 2001 was launched where 57 individuals and eight entities suspected to be involved in money laundering activities had their assets frozen and confiscated.

“On Aug 22 this year, police teams from AMLA and Commercial Crime Investigation conducted a joint operation on six premises around Kuching belonging to the suspects. In this operation, assets which are suspected to be obtained from illegal sources were seized and confiscated,” he said.

Meanwhile, Commercial Crime Investigation Department chief Superintendent Mustafa Kamal Gani informed that the case will be referred to the AG’s Chambers in Putrajaya on Sept 25 for further instructions.

“We suggested for the suspects to be charged under Section 409 of the Penal Code.

“Under the law, we have a one year period to investigate, then we have to make the decision whether to charge or release,” he said.

He said that all three suspects are in their 50s, while their associates are of various ages, the youngest being 25.

“They are businessmen, not dignitaries or politicians,” he added.