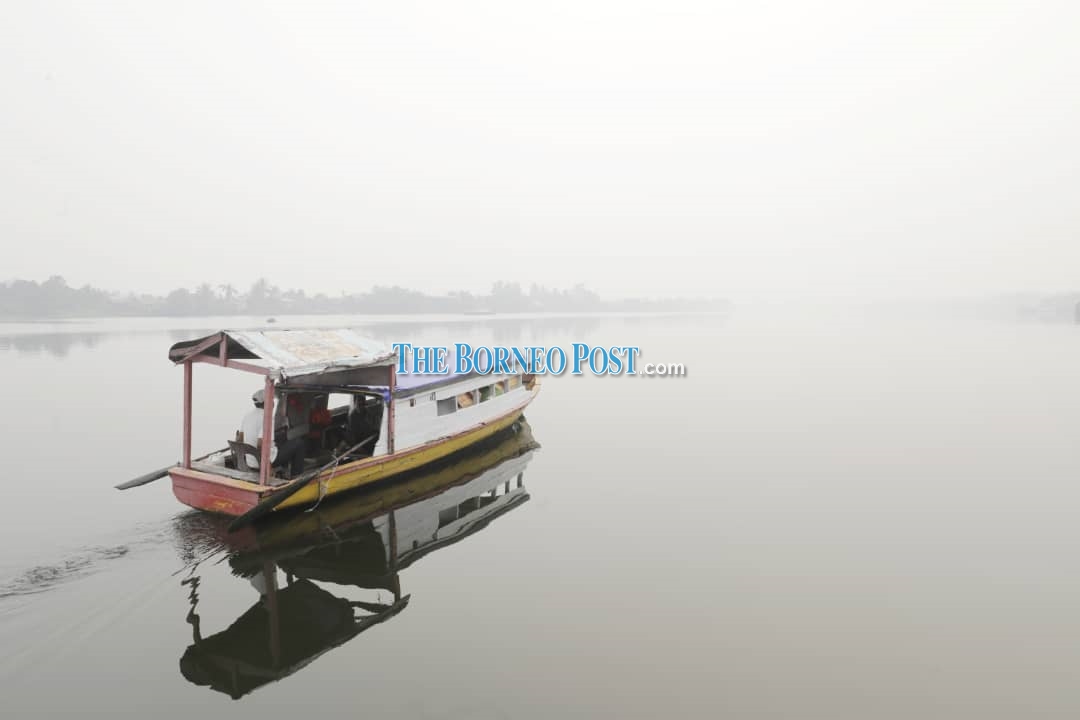 The haze has reduced visibility throughout many parts of the state. Photo by Chimon Upon

KUCHING: There may be some relief for residents in Sri Aman as the Air Pollutant Index (API) readings gradually decreased from a hazardous level reading of 322 at 3am to 125 at 10am Saturday.

The rest of the state mostly recorded unhealthy and moderate readings at the same hour, including Kuching at 168 and Samarahan 143.

For hourly updates, check http://apims.doe.gov.my/, the front page of our website or the MyIPU app.

Meanwhile, according to the Asean Specialised Meteorological Centre (ASMC), the latest weather situation in the region showed that there were showers in many parts of the northern Asean region due to the presence of a rainband associated with Tropical Storm Tapah.

However, the weather over many parts of the southern region was dry except for isolated showers in some areas north of the equator.

In Kalimantan, persistent clusters of hotspots continued to be detected in South, West and Central Kalimantan. Moderate to dense smoke haze continued to emanate from these hotspots, spreading over western Sarawak and an extensive area over the adjacent South China Sea. Isolated hotspots with smoke plumes were also observed in North Kalimantan.

For the next few days, there may be a gradual increase in shower activities over Borneo. The prevailing winds are forecast to gradually shift to blow from the east or southeast.