Tuesday, January 21
You are at:Home»News»Cloud seeding to continue until tomorrow

KUCHING: The Meteorological Department will continue with cloud seeding operations until tomorrow (Sept 22) in an effort to reduce the effects of the worsening haze in Sarawak.

Uggah fields questions from reporters. — Photo by Chimon Upon

“Whether it would work or not depends on the cloud – if there are no clouds then the cloud seeding cannot be done,” he told reporters.

The State Disaster Management Committee chairman said the increase of hotspots in Kalimantan from 400 on Thursday to 788 yesterday would cause transboundary haze to affect air quality in some parts of Sarawak.

He added that the wind direction towards Sarawak was also worsening conditions. 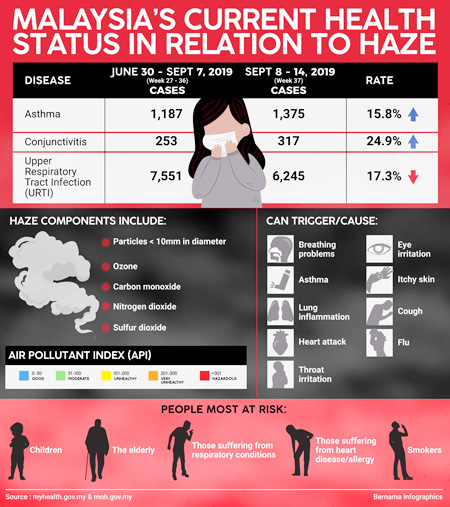 “Two to three hotspots were also detected in Sri Aman, which has worsened the haze. As such, we have mobilised five bulldozers to assist the state Fire and Rescue Department (Bomba) to douse the fires.

“Yesterday (Thursday), a bombardier plane was flown from Miri to assist in dousing the flames there, but it had difficulties in obtaining the water. If the situation still persists, the plane will fly in to Sri Aman to assist,” Uggah said.

It is understood that Bomba has mobilised firefighters from neighbouring Betong and Serian to help with the fires there.

However, he said Serian did not need an API station as it is within a 50km radius from Samarahan.