Friday, July 10
You are at:Home»News»Sarawak»Marine Police’s Ops Landai nets RM549,192 worth of contraband 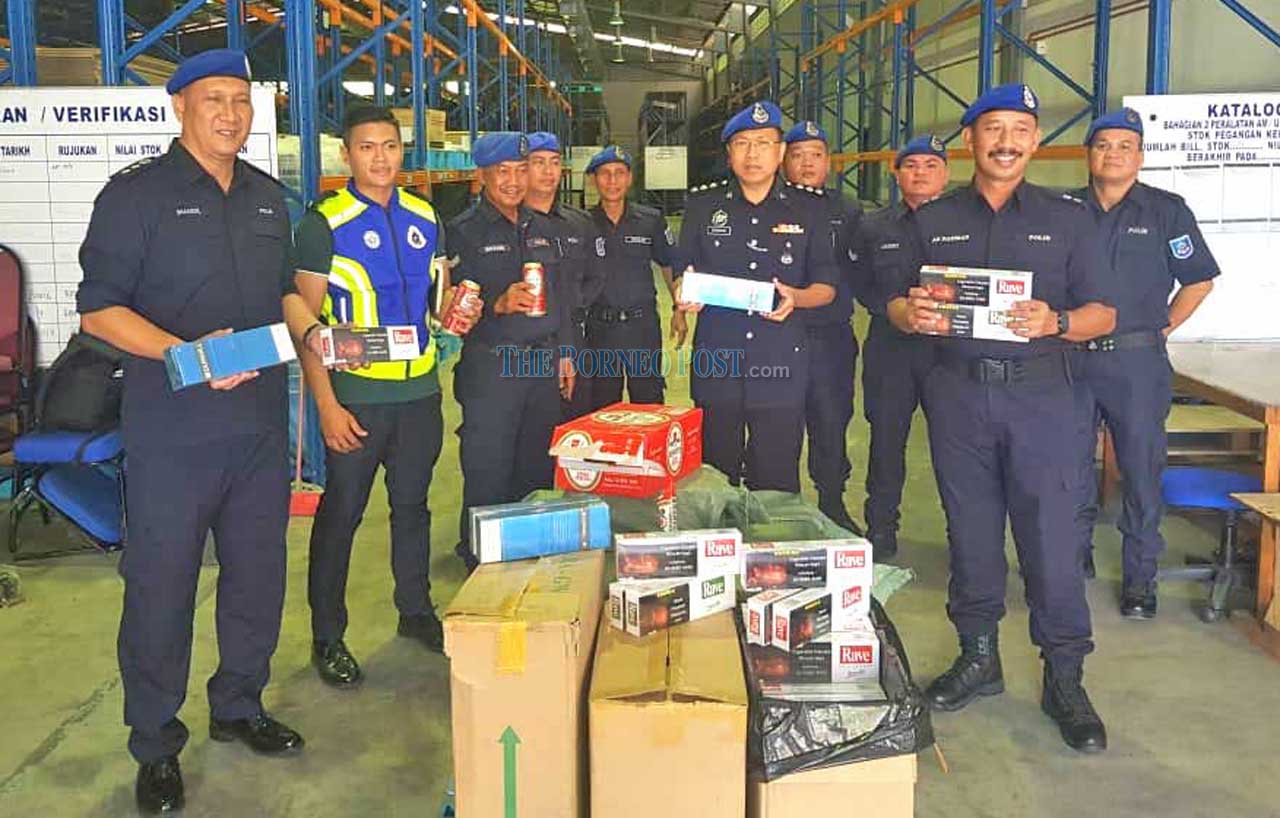 MIRI: The Marine Police have scored another success under ‘Ops Landai’, with RM549,192 worth of contraband seized here on Thursday.

Marine Police Sarawak commander ACP Shamsol Kassim, in a statement issued to the press, said the operation took place around 8.30am on an unnumbered warehouse in Kuala Baram, following a public tip-off and the week-long surveillance on the area conducted by their intelligence unit.

Shamsol said during the two-hour observation on the area on Thursday, nobody was seen to be guarding the warehouse.

“The raiding party then went in and cut the padlock of the warehouse gate, and inside the warehouse they found boxes of cigarettes of various brands and also boxes of beer, believed to be untaxed.

The confiscated items were handed over to the Criminal Investigation Department of Miri police headquarters for further investigation.