Tuesday, January 28
You are at:Home»News»Philippines to vaccinate millions as polio virus resurfaces 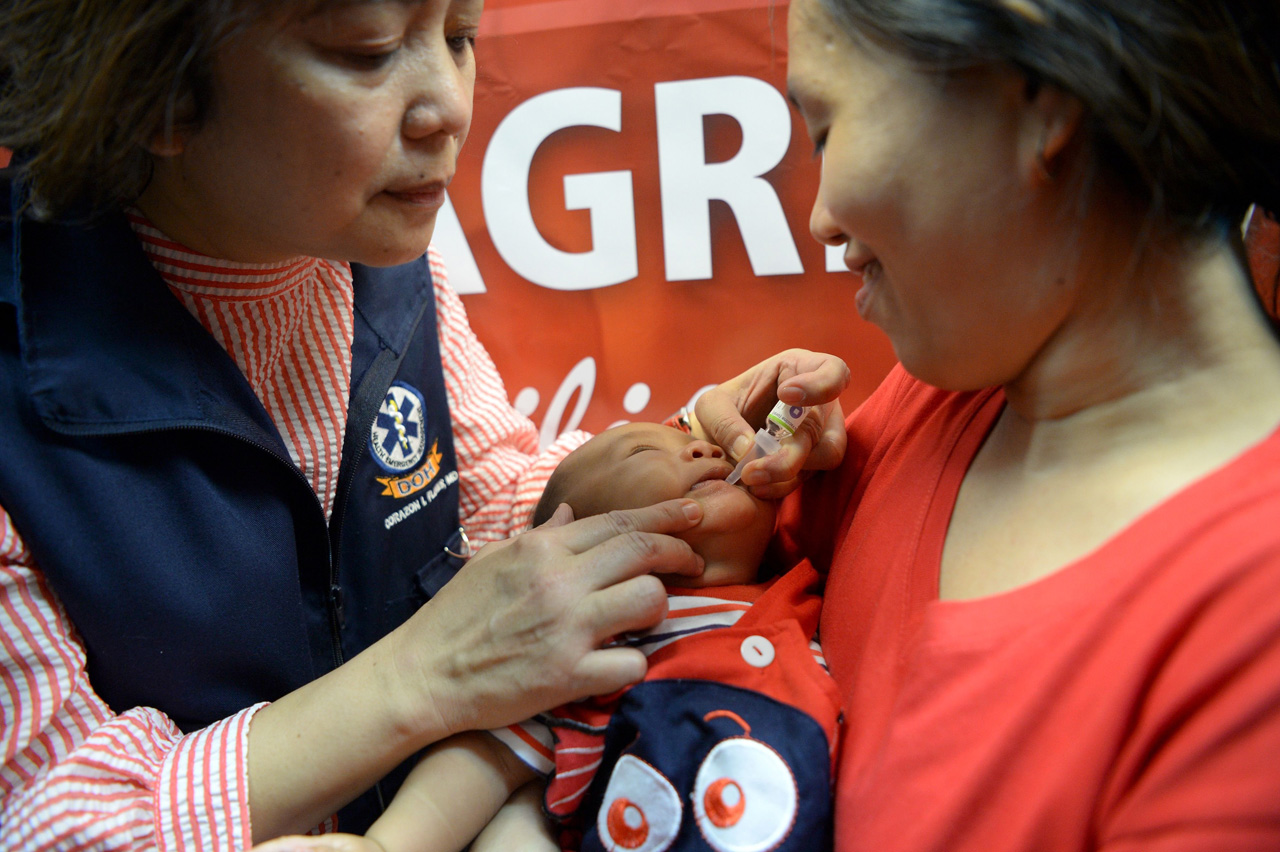 A mother watches as a health worker administers a polio vaccine during an anti-polio campaign in Manila. — AFP photo

MANILA: The Philippines recorded its second case of polio yesterday, as it prepared to vaccinate millions of children against a disease it believed to have been eradicated two decades ago.

A five-year-old boy in Laguna, south of the capital Manila, tested positive for the polio virus, the health department said, the second case this week after a three-year-old girl was confirmed to be infected on Monday in a province about 1,400 km away.

Health officials appealed to parents and care givers of children to take part in the government’s polio vaccination programme, which comes as the Philippines grapples to tackle twin outbreaks of dengue and measles that have killed more than 1,000 people since January, most of them children.

“The polio vaccinations happen all year round, but our coverage dropped for the past five years,” Rolando Enrique Domingo, an undersecretary of the Department of Health, told Reuters.

“We’ve learned our lesson. It is time to move on and really start vaccinating all kids and make sure we sustain this every year.”

The polio virus was detected in the sewage systems of Davao in a nearby province two months ago, and in Tondo, a rundown area of Metro Manila notorious for slum communities, Domingo said.

Immunisation coverage in the Philippines is at 70 per cent, below the recommended rate of 95 per cent, Domingo said, as trust in vaccines declines.

The boy who tested positive in Laguna has been discharged from hospital already, officials said yesterday. The other case was confirmed on Monday and reported on Thursday in Lanao del Sur, one of the country’s poorest provinces.

Vaccination teams will aim to administer polio drops to every child younger than five, he added.

There is no cure for polio, which invades the nervous system and can cause irreversible paralysis within hours, but it can be prevented with vaccines.

The virus spreads rapidly among children, especially in unsanitary conditions in underdeveloped or war-torn regions where healthcare access is limited.

Children nationwide are at risk as long as a single child remains infected, the United Nations agency for children, Unicef, has said.

The Philippines has faced a challenge recently in convincing parents to vaccinate children after it scrapped a dengue immunisation programme using Sanofi’s Dengvaxia in late 2017, following its linkage to child deaths. — Reuters