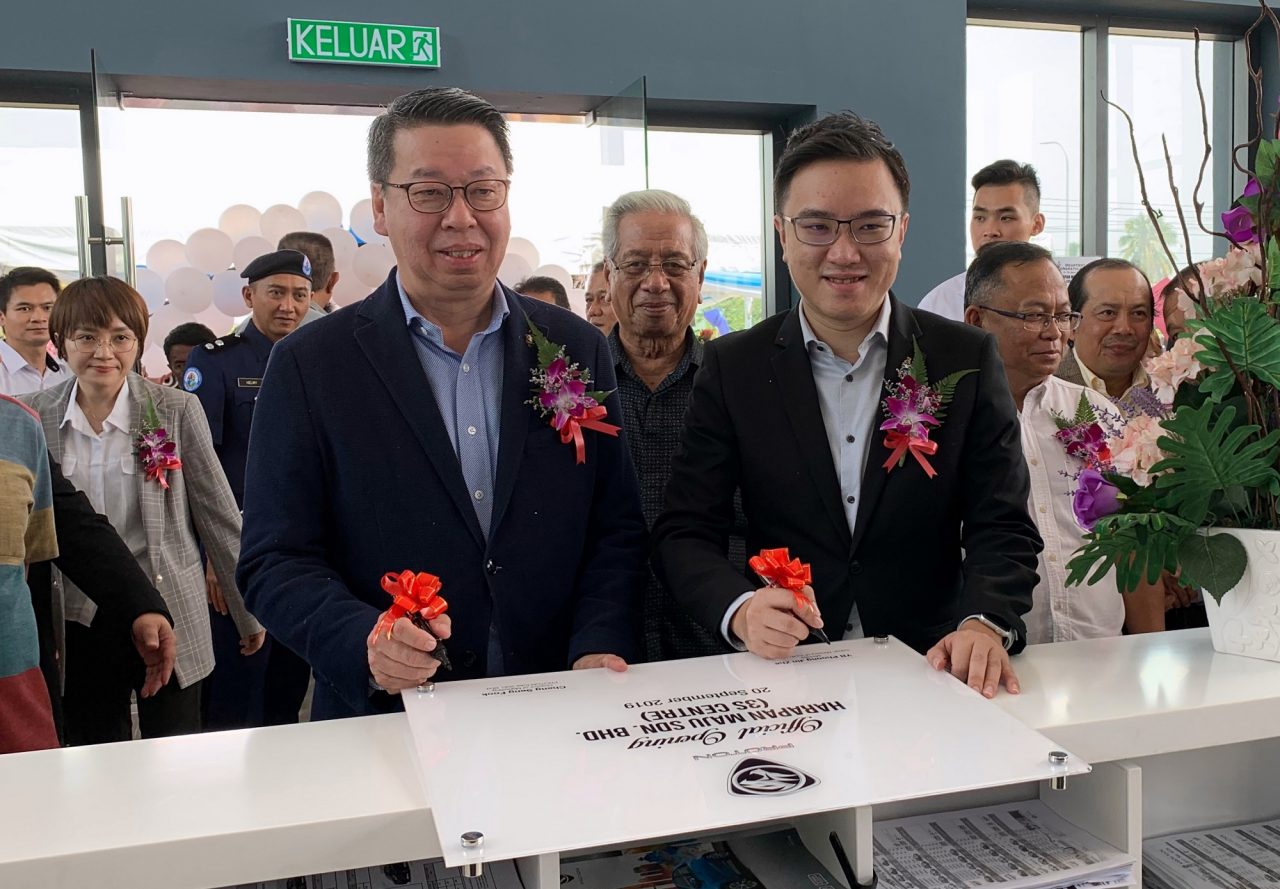 Cheng (left) and Phoong signing the plaque to mark the launch of Proton 3S Putatan.

He said the state government prioritizes the provision of job opportunities for its people and is constantly on the lookout for more investors in the state.

“We hope that Proton can do more for Sabah to provide more job opportunities, factories, all kinds of dealerships. Bring into Sabah and make sure our young Sabahans are benefited,” said Phoong when officiating the Harapan Maju Sdn Bhd’s Proton 3S Putatan Centre launch here yesterday.

“Proton is also working with so many Sabah companies to power its expansion and Harapan Maju Sdn Bhd is the latest example of this initiative.

“Looking at this impressive new outlet, it is also clear to see that Harapan Maju has put in a lot of investments.

“So while Proton is committing to Sabah, it is also true that Sabah businesses are committing to Proton and the promise of its new models.

“Our growth rate is also by far the highest amongst the top-5 automotive brands in Malaysia, which is a remarkable achievement when you consider, Total-Industry-Volume (TIV) has actually shrunk by 5.8% so far this year.

“Our performance thus far, has seen us return to second position in Malaysian automotive sales, which is a first for Proton since 2015. We do of course have some heroes to highlight and, the Proton X70, has been vital to our success.

“Over 20,000 units have been delivered thus far making it the fastest selling C-segment SUV, and the best-selling Premium and Executive SUV in Malaysia,” he added.

Cheng said the Proton Persona sales were equally impressive, becoming the best-selling B-segment sedan in June and July and our sales this year are, on average, 65% better than in 2018.

“What about the race-winning Proton Iriz? Well, this model has also seen a big jump in sales, and we’re selling 3 times more units each month this year than we did last year,” he revealed.

“As for our MPV, the Proton Exora, although its numbers are not as impressive as its siblings, it is by far the best-selling C-segment MPV in the country.

“Finally, we come to our newest model, the 2019 Proton Saga. Launched just last month on 6 August, we have already received 15,000 bookings, which translates to an increase in bookings of 14% and an increase in registrations of 38% compared to 2018,” he added.