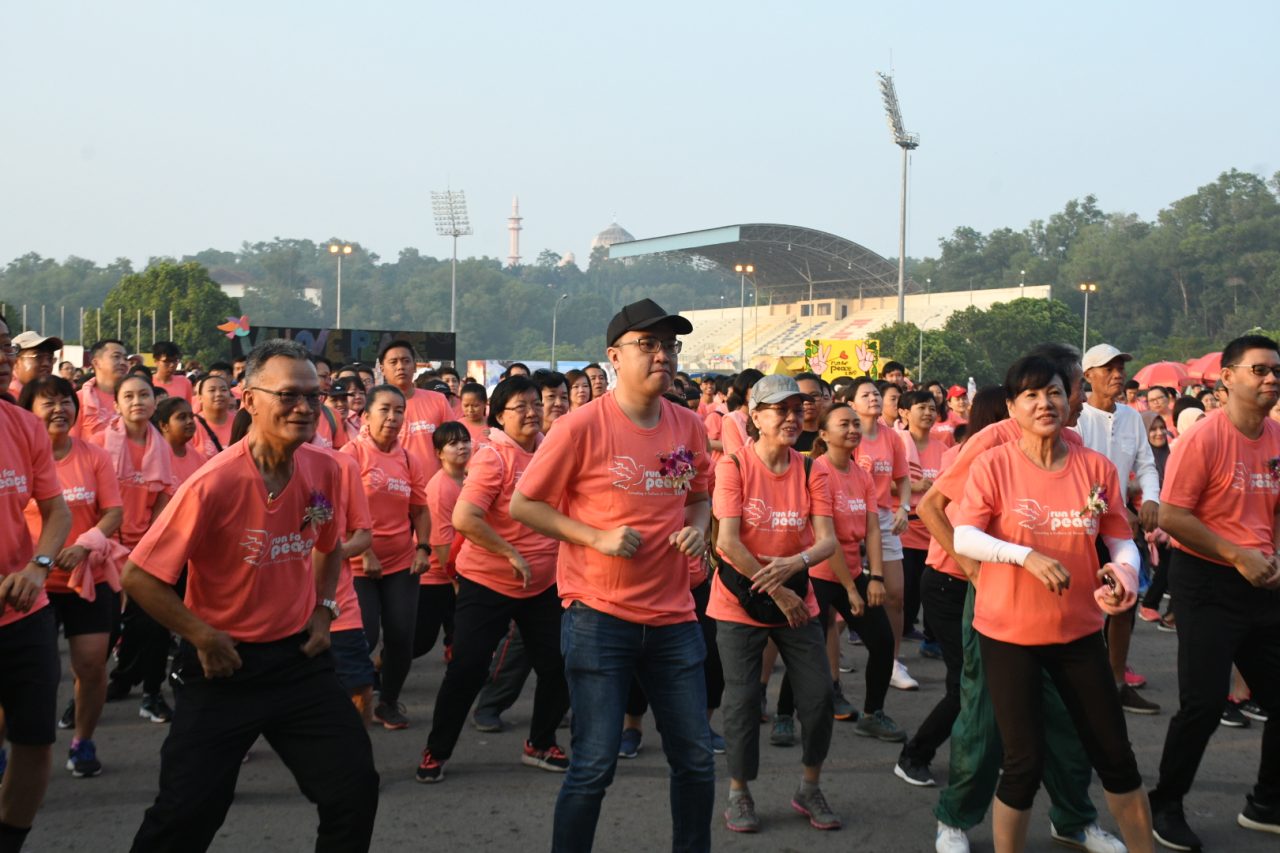 Phoong (seventh right) officiates at the Run for Peace.

KOTA KINABALU: The Malaysian government is firm in its stand on not tolerating with the development of nuclear weapons.

He said Malaysia had signed the Treaty on the Prohibition of Nuclear Weapons (TPNW) at the United Nations (UN) two years ago, which was in the process of being ratified.

“The government will continue to call on the international community for more concrete action to be done in order to achieve this goal.”

Shafie stated that in his speech, which was delivered by the State Minister of Youth and Sports, Phoong Jin Zhe, when flagging off the state-level Run for Peace programme organized by Soka Gakkai Malaysia (SGM) at Padang Kawad, Universiti Malaysia Sabah (UMS) here yesterday.

He continued to say that Malaysia was given the mandate to chair the Third Session of the NPT Preparatory Committee earlier this year.  As chair of the Third PrepCom, he said Malaysia had been working closely with many nations and stakeholders to create positive momentum to review the effectiveness of the TPNW agreement.

“Malaysia will strive to ensure there will be substantive recommendations this year to generate greater prospects for success during the 2020 NPT Review Conference.”

Shafie added that non-governmental organizations (NGOs) like SGM played a big role to connect the people and the government to achieve this global.

He said SGM, as a constituent of Soka Gakkai International (SGI), was committed to create a world without the threat of nuclear arms.

“I hope SGM will continue to work hard in spreading the message of peace to the society, especially the dangers of nuclear threat.”

The Run for Peace is a non-competitive run organized by SGM since 2005, beginning in Selangor with 1,500 participants. The event later expanded to 28 locations nationwide with more than 115,000 participants. The run, with the aim to promote awareness of peace among Malaysians, is joined by people from all walks of life and religious backgrounds.