Thursday, December 8
You are at:Home»News»Mawan: Teaching of Science and Maths in English first move for S’wak to have own education policy 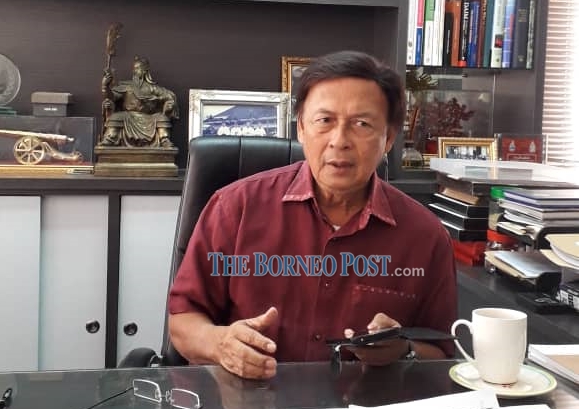 KUCHING: Sarawak Dayak National Union (SDNU) president Tan Sri William Mawan Ikom sees Sarawak taking on teaching of Science and Mathematics in English starting with Primary One pupils next year as the state government’s first move of having its own education policy.

According to him, the move was within the spirit of the Malaysia Agreement 1963 (MA63) and the rationale behind the struggle to get Sarawak rights enshrined in the MA63 restored.

“It (move) is a good start for Sarawak to have its own policy on education – something that we are yearning for.”

Mawan who is Pakan assemblyman, said he agreed with Minister of Education, Science and Technological Research Dato Sri Michael Manyin Jawong to start the move from “somewhere” instead of waiting for a perfect timing.

He said Manyin was talking in earnest and motivating teachers to be bold and confident in this trying time.

“The Minister (Manyin) is trying to get the move started when he said ‘Gasak Ajak’ (Just go for it). Please move forward. Do not be afraid.”

Mawan said Manyin was urging teachers to use simple English first to impart their expertise in Science and Mathematics to the primary one pupils.

“They (teachers), however, must be firstly experts in the two subjects. What is the point of mastering Queen’s English if you (teachers) are not even experts in Science and Mathematics? English is just the medium to get the message across,” he stressed.

Mawan said teachers’ efficiency in Queen’s English could come in a bit later but now they would have to resort to using simple English when teaching the two subjects in schools.

“Do not expect things to be perfect all the time for the first time. But I would like the teachers to be committed to self-improvement,” he said.

Mawan said he believed the Sarawak government had already in the pipeline retraining programme and refresher course for the teachers.

He also said that in the yesteryears, Sarawakians were very good in written and spoken English because of the then national education policy.

“And since the 1980s, English language in Sarawak was steadily ‘butchered’ because of a series of change in national education policy.

“That is why we are now in this current fiasco.”