Thursday, February 2
You are at:Home»News»Sun bear kept in captivity rescued by SFC after owner found in violation of license terms
For the freshest news, join The Borneo Post's Telegram Channel and The Borneo Post on Newswav. 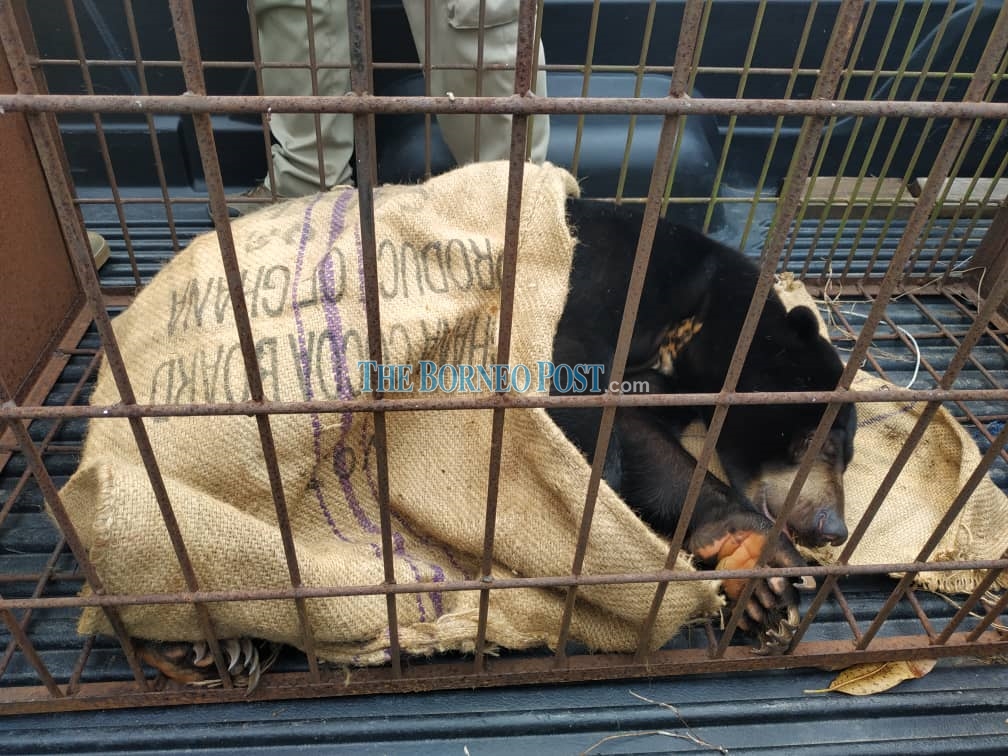 The rescued sun bear has since been sent to the Matang Wildlife Centre for an examination and to undergo rehabilitation.

KUCHING: The Sarawak Forestry Corporation (SFC) enforcement team has rescued a sun bear that was kept at Demak Laut housing estate at 2.30pm this afternoon.

In a statement today, SFC said that an inspection was carried out a few days ago at the owner’s home after news regarding the sun bear that was kept in a cage there went viral on social media, creating a public outcry for its release.

The statement said although a licence to keep the sun bear had been issued by the Controller of Wild Life, Forest Department Sarawak (FDS), the owner had violated certain terms and conditions of the licence.

The rescued bear was immediately sent to the Matang Wildlife Centre for medical examination and rehabilitation.

Sun bears are protected under Sarawak’s Wild Life Protection Ordinance, 1998, whereby killing, keeping, selling or buying the animal or its derivatives are prohibited by the law and if found guilty, the perpetrator can be jailed for one year and fined RM10,000.

A licence to keep one is available but applicants must comply with the terms and conditions of the license.

In view of this, SFC chief executive officer Zolkipli Mohamad Aton warned anyone keeping any totally protected or protected animal illegally against doing so, and must surrender it to the authorities before action is taken against them.

He further expressed his hope that those keeping protected animals with a licence would be willing to surrender them to SFC before they become a problem.

SFC also extended its gratitude to members of the public who assisted authorities in curtailing illegal wildlife trading as well as illegal logging in Sarawak.