Thursday, August 6
You are at:Home»News»Civic-mindedness needed if smoking ban is to succeed 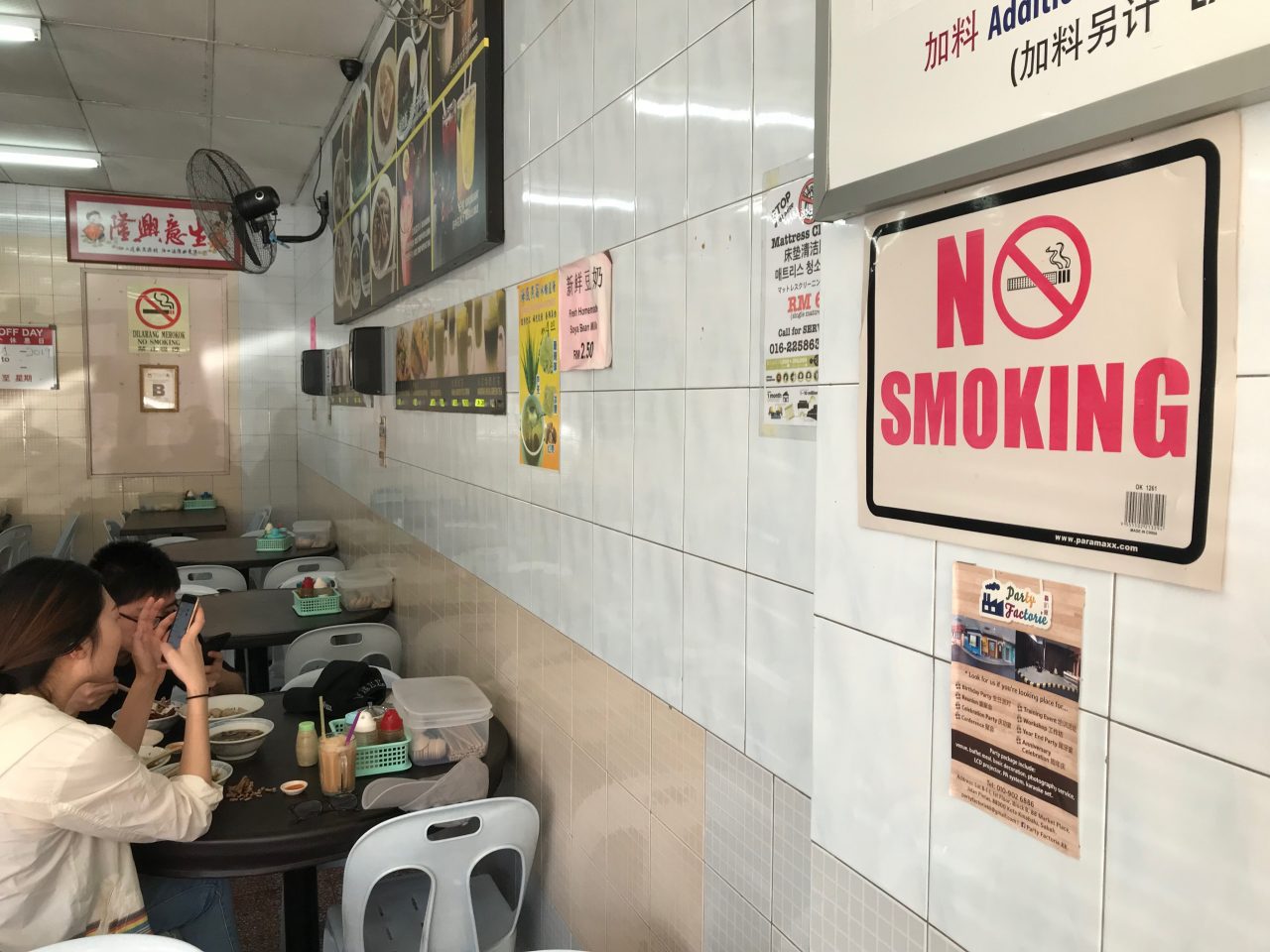 Civic-mindedness plays a key role in ensuring that the smoking ban in eateries is successful. File Photo

KUCHING: Sarawakians and Malaysians at large must alter their mindset lest the smoking ban wind up as an unsuccessful effort.

Assistant Minister of Local Government and Housing Datu Dr Penguang Manggil, who pointed this out today, said he was delighted to note that a lot of coffee shops had put up the ‘No Smoking’ sign.

Addressing the issue of some smokers still lighting up despite the warning sign, he said: “I think it all boils down to the attitude of the people.”

“That’s typical Malaysian or Sarawakian mentality. Whenever you put anything there, if it’s only a sign, they couldn’t be bothered about it.

“The same thing like ‘Jangan Buang Sampah Merata-rata’ (Please Do Not Litter). They (the authorities) put up the sign there, but they (people) throw the rubbish below it.

“That’s why I said we need a lot of educational enforcement. I fully support what the state Health Department is doing,” he said when met by reporters after launching the national-level World Environmental Health Day 2019 at Penview Convention Centre here.

He was representing Minister of Local Government and Housing Datuk Dr Sim Kui Hian at the launch.

The smoking ban, which came into effect on Jan 1 in Peninsular Malaysia, Feb 1 in Sabah and March 1 in Sarawak is now at the educational enforcement phase.

Its full enforcement is expected to take effect Jan 1 next year, and a compound of RM250 will be issued to offenders.

Dr Penguang pointed out: “One thing is that we can have all kinds of laws but the most important thing is the enforcement.”

According to him, most countries across the globe are focusing on enforcing the laws that they have.

“Because there is no point of having the law if you don’t enforce it,” he added.

With him was Sarawak chief environmental health officer Billy Sujang who encouraged smokers who intended to quit smoking to visit the nearest government clinic to do so.

He said most government clinics, especially those in Kuching, such as Batu Kawa Health Clinic and Masjid Health Clinic offered ‘quit smoking’ services.

“It is free. The medications are all free and all one has to do is follow the instruction of the medical officer,” he added.