Thursday, December 8
You are at:Home»News»Report: Cops arrest terror suspects, including in Sarawak 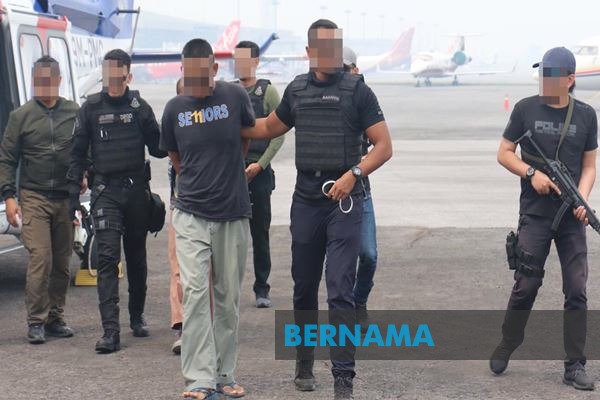 KUCHING: Federal police have arrested 16 people, including in Sarawak, in a crackdown on suspected terrorists recently, a news report said.

The Malay Mail said a Malaysian suspect who had plotted attacks on politicians and non-Muslims groups was in a group of 11 people arrested in Sarawak, Penang, Pahang, Johor, Selangor and Kuala Lumpur.

However, no further details were given on the counter terrorism operation in Sarawak by Bukit Aman’s Special Branch Counter-terrorism Division (E8) principle assistant director, Datuk Ayob Khan Mydin Pitchay when he announced the arrests in Kuala Lumpur this morning.

Ayob said the suspects were mostly involved in recruiting Indonesians and Malaysians through social media to spread Islamic State ideology, adding that they had planned attacks in Malaysia and Indonesia.

“One of the Malaysians from the same group planned to stage attacks on politicians and non-Muslim groups here apparently for making negative comments towards Islam, suppressing the faith, and for insulting the Malays,” said Ayob.

He said the counter terrorism operations from July 10 to yesterday, resulted in the arrests of three Malaysians, 12 Indonesians and one Indian national.

The duo also arranged for funds to be channeled to the Maute terrorist group in southern Philippines.

“Both of them had helped arrange the path for a couple and their three children who carried out suicide bombing attacks at a church in Jolo, South Philippines, last December,” Ayob said.

One of the Indonesians was arrested from Keningau, Sabah, facilitated and assisted other terrorism sympathisers’ travels from Indonesia through Sabah and into the southern Philippines to carry out attacks there.

“Most of the Indonesians are employed in the labour industry, where some have been here for two to three years before they were arrested,” he said.

Ayob added the Indian national was a 38-year-old woman who was a member of the Sikh For Justice group and was arrested in Subang Jaya. They later determined she was responsible for raising and channelling funds back to the group.

He said the arrests were a result of cross border cooperation between the Royal Malaysia Police, the Indonesian National Police, and Philippines National Police.

Ayub said all the arrests except for the Indian national invoked the Security Offences (Special Measures) Act 2012.

The Indian woman was arrested under the Immigration Act and is in the process of being deported to her home country.