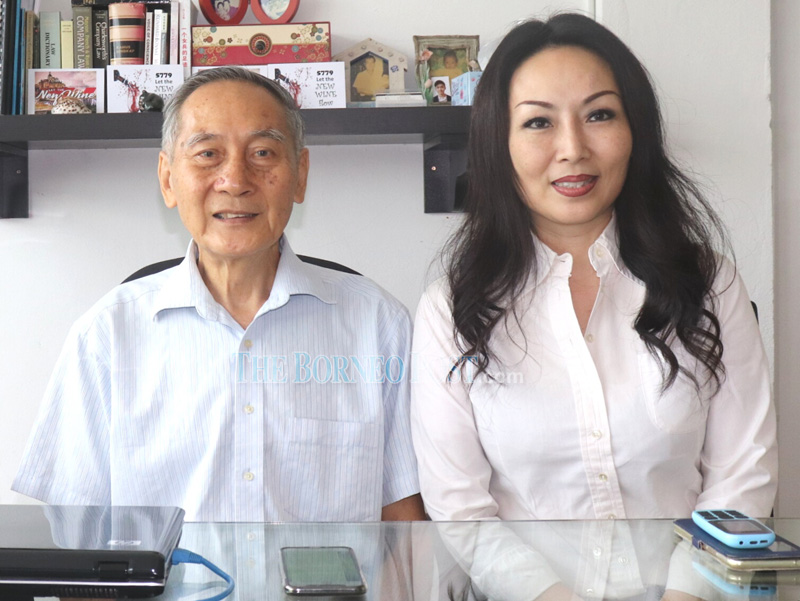 Lau and Yu (left) pose after the press conference.

According to her, PBK decided on this following the recent Federal Court decision in the Tuai Rumah Sandah Tabau case which ‘all but sealed the fate of NCR cases altogether’.

“Section 28 of SLC should be repealed because it gives the state government too wide a power to grant provisional leases without survey.

“This is clearly against our practised Torrens system where all issue of titles should be surveyed with boundary, location and size stated clearly amongst other information.

“It is PBK’s stand that when we are the state government, we will amend the SLC and issue land titles for all land including NCR land,” she told a press conference at her office, here yesterday.

With her was PBK life president Yu Chin Liik.

Lau said that as the Sarawak government, PBK will also enact a Referendum Act so that all conduct and decisions of the government shall be transparent with the people having a say.

Earlier, she claimed that various joint efforts undertaken by the federal and state governments such as on the Malaysia Agreement 1963 have not benefitted Sarawakians.

“Instead Sarawakians as a whole have suffered much more. Suffice to say, both the PH (Pakatan Harapan) and GPS (Gabungan Parti Sarawak) governments have not done right. We have suffered and are still suffering from their governance,” she said.